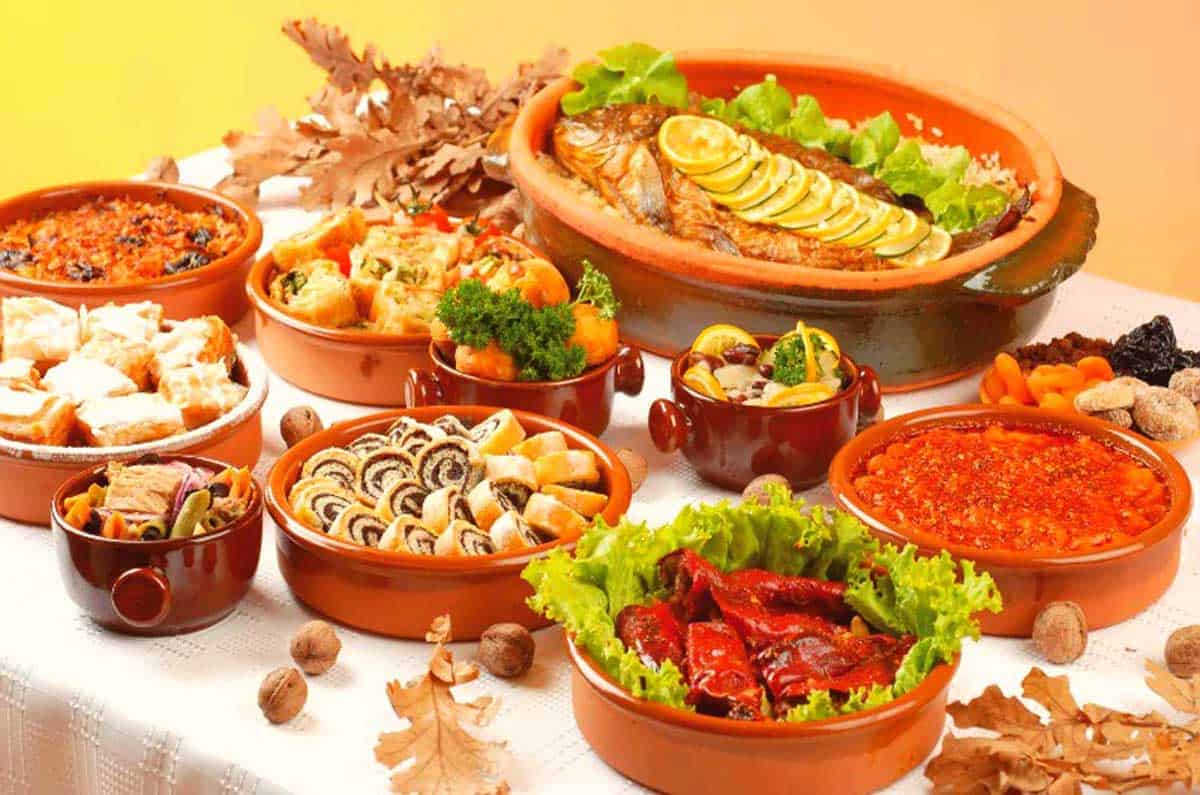 Getting to know a country’s culture is best done through getting to know its cuisine. Every cuisine has something that makes it special. Serbian cuisine, or Balkan cuisine, is rich in tastes and history, intersecting influences of Greek, Turkish, Hungarian, and of course, Slavic cultures. It has a strong fast-food culture, partly because the country is well-known for its nightlife and its capital is one of those that never sleep. In Serbia you can eat well at any time of the day.

And although most of the dishes are not vegan, you can easily find vegetarian or even vegan alternatives if you asked for posno – food that is prepared without animal products (except for fish) at times of fasting and is widely available.

Although pljeskavica is often translated as the closest thing to a hamburger, it certainly has a taste of its own. It’s seen as a fast-food dish, and although it can be ordered in all national restaurants, it is rarely made at home. That’s because it tastes best from a fast-food kiosk, often attached to Serbian bakeries – and the shabbier the place looks, the more chance it tastes better. It is so popular that it is common to eat pljeskavica throughout the week.

It is also a number one choice for an after-party meal. When you order pljeskavica, you will get it in bread called lepinja, and you’ll be able to choose your side dish and toppings yourself.

Ćevapi is another Serbian meat-based dish, most commonly ordered in restaurants, but you can also get them in fast-food places. They are a bit different from the Bosnian type of ćevapi. The culture surrounding eating ćevapi is similar to the one surrounding pljeskavica, but do try eating them the traditional way, with fresh onions and kajmak – a special type of thick cream.

There used to be a time when you could find burek in bakeries only in the early morning or by lunch time at the latest. This is one of the most popular breakfast foods in Serbia, and because it is quite heavy on the stomach, you wont find yourself too hungry till later in the day. When you buy burek, be sure to get some Serbian yoghurt as well, because the two of them go so perfectly together. Burek in Bosnia is synonymous with a meat pie. But Serbia eats a cheese pie variant, so it’s easy to get confused if you’re a tourist travelling the Balkans. It is so popular and so loved that bakeries are now coming up with different stuffings and variants of it – you can also find burek with chocolate if you’re lucky.

Another form of cheese pie that is more commonly made at home is gibanica. If you are visiting a Serbian family you will very likely be served this. It is perfect for breakfast, but is often served as an appetizer as well.

No winter holiday feels complete without a big pot of home-made sarma. It’s a dish of cooked cabbage (sauerkraut actually, but made with whole leaves) stuffed with meat and rice and it tastes delicious! Every home has their unique sarma recipe, and you can order it in all national restaurants, too. This dish is also easily made vegan.

Sarmas or slight variations of the dish can be found in almost all of Central and Eastern Europe. Sarmale is one of the most popular foods in Romania, Ukrainians love their holubtsi, while Hungarians have their own version of sarmas called töltött káposzta.

Homes in Serbia that still prepare for winter by making their own food, never miss out on making jars of ajvar. It is a condiment, often served with just bread as an appetizer, made from peppers (and sometimes added eggplant). It can be bought ready-made in every supermarket across the country, or you can try and make it yourself!

One of the most common dishes served in national restaurants is prebranac, or beans cooked in an oven with a lot of onion. It is delicious on its own, or eaten as a side-dish. It is most commonly prepared during cold winter months.

Orasnice are traditional walnut cookies. Every Serbian grandmother knows how to make these herself, and you will most likely be offered some if you visit some more traditional homes. They are sweet and crunchy, and for a cookie, they can be quite filling. They are also quite recognizable for their shape. Why not try to make some yourself!

These delicious cookies filled with jam and covered with powdered sugar are a common delicacy in Serbian homes. They can be easily ordered in restaurants and found in bakeries, too. They are so good they truly melt in your mouth.

Hopefully you will get a chance to try some of these specialties. Prijatno!