Europe’s Most Vegan Cities in 2018 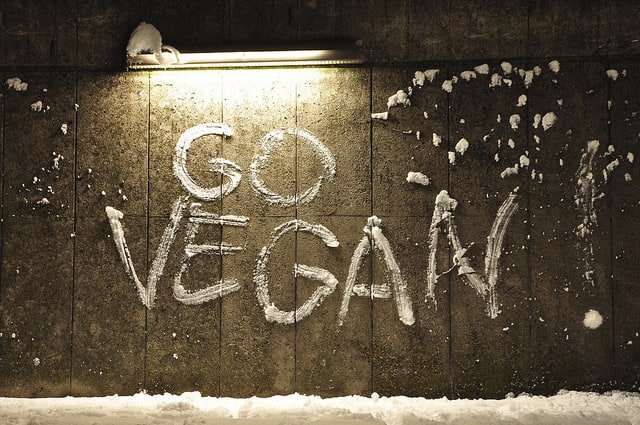 Chef’s Pencil has analyzed the rise of veganism world-wide through the lens of Google Trends, a reliable big data provider. Google Trends lets you analyze the popularity of various search categories around the world such as veganism, which comprises vegan-related searches made in any language (e.g. “veganism”, “vegan restaurants”, “vegan recipes”, “vegan essen”).

While some of these searches are made out of curiosity, a high volume of vegan-related searches, such as vegan recipes or vegan restaurants near me, show a clear adoption or intent to adopt a vegan lifestyle.

Vegan-related Google searches were at record levels in 2018, rising 35% over the past couple of years. Veganism went mainstream in 2018 and Google data confirms this assessment.

According to Google Trends, the interest level in Europe for all things vegan – restaurants, recipes, dog food – was highest in Bristol, followed by Edinburgh, Manchester, London and Glasgow.  Six of the top 30 cities were in the UK, six in Germany, two in the Netherlands, two in Spain and two in Italy.

Let’s take a look at the most popular cities for veganism in Europe in 2018.

The top city in the top country is Bristol, UK, first in the world and second worldwide for vegan-related searches on Google. It surely is the planet’s centre of vegan interest. Not only is its population eating vegan, it is living vegan as well, with its own Bristol Vegan Community and numerous restaurants, cafes, hair and beauty salons and others turning vegan.

Edinburgh, city of gothic sandstone buildings, the Edinburgh Festival and Europe’s city of culture can now boast Scotland’s top vegetarian and vegan restaurants with 160 to choose from. On top of that, there is a keen vegan activism all making it incredibly easy to be vegan in the city.

Did you know that Manchester is the birthplace of the Vegetarian Society? Well, it’s true, so it’s no wonder the city ranks so high as a location where veganism is becoming more and more popular. The city hosts a vegan festival and conference and even Manchester United’s Chris Smalling extols the virtues of a vegan diet. So being vegan is easy, and it’s so popular it has even drawn Pret a Manger north to open its first Veggie Pret outside London.

Although other cities come in higher than this metropole, London still has to be praised for being among the top ten cities with a vegan interest. Please bear in mind that Google Trends divides its rankings into two categories, one including metropoles or mega cities like London, New York, etc, and the other taking into account those a bit smaller like Bristol. Being a metropole, London certainly ranks high on the list, but it still has a lot to learn from other centres of veganism, like Berlin.

Referencing a UK recipe box service, Livekindly states that Glasgow has the highest number of vegans in the Kingdom. Although it comes behind Edinburgh in terms of Google searches, it still deserves praise for doing such a great job raising awareness of this lifestyle!

Sweden’s second city but vegan capital is not only full of vegan eateries, it even hosts a shop that rents out vegan clothes. With veganism appealing more and more as an environment-friendly lifestyle, it is little wonder that veganism is becoming popular in Gothenburg – the city aims to be one of the world’s most progressive cities for addressing climate and environmental problems and, as many vegans know, that means plant-based living.

While Sweden’s second city beats its capital as a vegan hub, Stockholm has a very respectable vegan scene. Not only does it have every kind of vegan restaurant, they are also all very central and easy to get to. The supermarkets have vegan products covered too, so eat out or cook at home, you are sorted in Stockholm.

Once ranked as the first vegan-friendly city in the world, Berlin has slipped. But that doesn’t mean any drop in enthusiasm for the plant-based lifestyle, it’s just that other cities have caught up. It hosts 600 restaurants, cafes, snack bars and shops, says HappyCow, making vegan eating easy as pie.

On a ranking of the city with the most improved veganism, Amsterdam would win outright with its jump of 10 positions on 2017 this year – more vegan restaurants, more vegan choices in non-vegan restaurants, more vegan products and even vegan fridges in supermarkets, and more vegan product advertising. And to build awareness there were no less than four vegan festivals in the city last summer, plus Amsterdam hosted the international March to Close Down all Slaughterhouses. It’s the place to go to truly live vegan.

Given the incredible media response to our study (70+ media pick-ups thousands of shares on social media), our analyst have also crunched the data on the most popular cities and countries for vegans world-wide, as well as the 20 most popular countries veganism in Europe.