The Most Popular Countries and Cities for Vegans in 2018 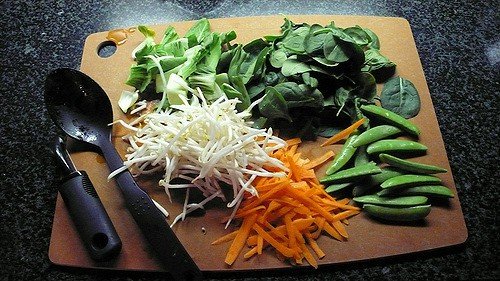 The unstoppable rise of veganism – how a fringe movement went mainstream, – reads the headline of the Guardian newspaper in April 2018. Veganism is on a major rise world-wide and the days of meat eaters are slowly coming to an end.

We used Google Trends data to compare the popularity of veganism across the world. Google assigns a score for each location (broken down by country and city) that shows the interest level of a given topic by comparing searches made for that topic to all Google searches made in that particular location.

It doesn’t mean that, in absolute terms, there were more searches for veganism in Australia compared to the US – this would be quite unusual as Australia has a population 10 times smaller than the US.

Let’s take a look at the countries and cities where veganism was most popular in 2018.

Most Popular Countries for Veganism in 2018

Australia was the most popular country for vegans in 2018, retaining its first place from 2017.

Veganism has become hugely popular in Australia and more and more Aussies are turning to a plant-based diet. Proof: Australia was the 3rd fastest growing market for vegan products in 2018, according to Euromonitor International.

Australia also boosts 3 of the world’s top 20 cities where veganism was most popular in 2018.

The number of vegans in the United Kingdom soared to 3.5 million in 2018, up a whopping 700%, according to Livekindly. 7% of Brits are vegans and 14% are vegetarians, and it is thought that the Veganuary campaign, where people eat vegan for the month of January, has contributed substantially to the rise of veganism in the UK.

Kiwis’ appetite for an exclusive plant-based diet has soared recently, so much so that vegan product suppliers are struggling to keep up with demand, according to a report.

One in every five Swedes under 30 identifies themselves as either vegan or vegetarian, and a plant-based diet is more appealing to 50% of the population compared to a year ago. No surprise then that Sweden is one of the leading countries of the veganism movement.

More than 3 million Canadians are either vegan or vegetarian, according to a recent study of Dalhousie University. It is young Canadians that are driving the change in eating habits, as the younger generation is three times more likely to be either vegetarian or vegan than the older generations.

Israel touts itself as the world leading vegan country with 5.2% of the population relying on a plant-based diet. Domino’s, the largest pizza franchise in the world, chose Israel to launch its first vegan pizza.

According to a new report, a whopping 6% of the American population is now vegan, up 600% in three years. However, Gallup puts the percentage of vegans at a more down-to-earth 3% of the total population. Regardless of the true number, veganism is extremely popular in the US and bound to rise.

The vegans have landed – reads a 2018 headline in the Irish Times. Lots of vegan shops and restaurants have opened in major cities recently, Dublin in particular.

However, according to a local vegan blog Ireland has a long way to go to catch up with vegan Meccas such as Berlin and Tel Aviv. Talking about vegan blogs, check out our list of the most popular vegan blogs out there.

Home to one of the largest vegan festivals in Europe – Veganmania Summer festival, – it’s no surprise that Austria is one of Europe’s leading nations for vegans.

Germany might be world famous for its beer and sausages, but it’s also home to Berlin, one of the world’s most vegan friendly cities. Germany is also the world leader in vegan food development and launches, according a report by Mintel.

Most Popular Cities for Veganism in 2018

Move over Berlin and London…Bristol is the new European and world-wide vegan capital. Bristol’s concentration of vegan-related searches on Google surpassed every other city in the world.

While this may come as a surprise to many, the locals know all to well that their city has turned into a vegan Mecca. There are lots of vegan restaurants , cafes, vegan hair and beauty saloons and even an active Bristol vegan community.

Portland lives up to its hype, as one of the friendliest cities for vegans in America, and ranks at the very top of the most popular vegan cities in the Americas and second in the world.

There is an abundance of restaurants for vegans in Portland, including a mini-mall and, according to Portland Monthly, its vegetarian tradition can be traced back 100 years.

Being named one of UK’s most vegan-friendly cities, Edinburgh is serviced by no less than 160 vegan or vegetarian restaurants according to Happy Cow. Edinburgh has the largest number of vegan restaurants in Scotland and according to a local vegan blog it’s just very easy to be a vegan in Edinburgh.

Vancouver has long been regarded as one of the most vegetarian-friendly cities in North America and Canada. And veganism continues to thrive in the city – so much so that vegan love has become a stereotype for Vancouverites. This just proves that not all stereotypes are bad, right?

Portland, Vancouver, Seattle – Pacific Northwest is incredibly well represented with 3 of the top 5 cities where veganism was the most popular in 2018. Seattle has 200 animal-friendly eateries and was labelled one of the best cities for vegans in America, according to ChooseVeg.

There has never been a better time to be a vegan in Manchester, according the Manchester Evening News. It is after all the birthplace of the Vegetarian Society and has close to 150 vegan or vegetarian restaurants.

London may be trailing Bristol and Portland, but it was the most popular mega city for veganism in the world in 2018.

London was clearly the most popular mega city for vegans in 2018. But according to Eater, the reason for this surge is that London lagged behind established vegan Meccas like Berlin and Melbourne.

With one of the best vegan restaurants in the UK and lots of vegan festivals throughout the year, Leeds is quickly establishing itself as one of England’s top vegan-friendly cities. Together with Manchester and London, it’s one of the cities with the highest ranking improvement over 2017 (up 6 positions).

LA offers a huge variety of vegan food options and was crowned the most vegan-friendly city in the US in 2018. Although Los Angeles has lost a few rankings since 2017, among mega cities it is only second to London as the most popular vegan city in the world. Keep it up Los Angeles!

According to one study, Glasgow has the highest number of vegans in the UK, while Edinburgh comes second. It’s the other way round in our top 20, Edinburgh coming slightly ahead of Glasgow. Glasgow has a thriving vegan scene and improved 7 spots in the world’s vegan popularity index compared to 2017.

Melbourne has long been regarded as one of the world’s top vegan heavens. While it dropped 6 places from 2017, Melbourne retained its crown as Australia’s top vegan city. Rightfully so as the city is the home of the largest vegan store in the world and a load of super vegan restaurants.

The growing appetite for vegan food in Adelaide is underscored by the surge in attendance at Adelaide’s Vegan Festival. Last year 18,000 people attended the event, up more than twofold compared to 2015. Adelaide has seen an explosion in vegan establishments so ranking second only to Melbourne in Australia might not come as a big surprise for the locals.

San Diego got in 2018 its first all-vegan market and continues its great tradition as one of America’s most vegan-friendly cities. There’s an abundance of vegan restaurants, food trucks and shops that will please even the pickiest eaters.

Being known as Sweden’s friendliest vegan city, Gothenburg ranks 7th among the most popular European cities for vegans. Pretty much everyone agrees that Gothenburg is an awesome place to be a vegan.

Stockholm is quickly becoming a vegan paradise with a wealth of vegan restaurants and shops. Happy Cow lists 177 vegan or vegetarian restaurants in the city, which offer plenty of options for locals and tourists alike.

Given the incredible media response to our study (70+ media pick-ups thousands of shares on social media), our analyst have also crunched the data on the most popular cities for vegans in Europe, as well as the 20 most popular countries veganism in Europe.

Check out our coverage in the Guardian, Newsweek, or the Forward. For some amazing vegan recipes check out our white asparagus recipe, grilled capsicum, marinated mushrooms balsamic or our guide to edible flowers.