Donald Trump vs Joe Biden: While the Race is on for Its Heart, Who Wins America’s Stomach 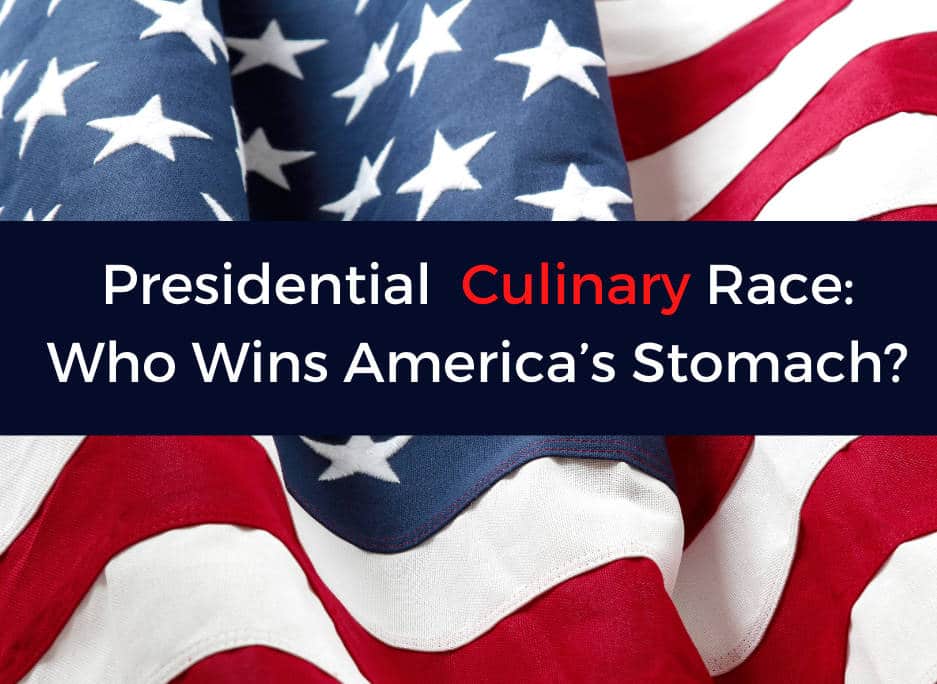 As we enter the last two weeks of campaigning in the America elections, the country, and pretty much the entire world, is holding its breath. It has been an unprecedented presidential race from many points of view and the polls are showing extraordinary enthusiasm for going to the ballot box.

But let’s leave the politics aside as our expertise definitely does not lie here, but in food.

So what are the favorite foods of the presidential candidates and which of the two – Donald Trump or Joe Biden – would win the presidential race if Americans were voting with their stomachs rather than their hearts and souls.

We did the research and made a list of 34 foods and drinks reported to be among the presidential candidates’ top favorites (17 for each of them). We put them together in pairings that made culinary sense (e.g. burgers vs sandwiches, cherry vanilla ice cream vs chocolate chip ice cream).

And then we surveyed 1,100 Americans and asked them to choose their preferred drink and food in each pairings. Our voters are therefore choosing the candidate that wins the majority of their food options.

Just like in real life, voters had to choose one of the pairings whether they liked them or not. To make it easier, we asked respondents to choose the one they liked the most or disliked the least.

There is a saying that the way to a man’s heart is through his stomach. If that were the case and people voted based on their culinary preferences, then Donald Trump would secure a rather safe victory on November 3rd.

61.8% of respondents preferred the president’s top favorite foods, compared to only 38.2% of Joe Biden’s. It’s a huge difference, but after closer examination, the results are closer than they seem.

For many voters, the balance fell to one or the other candidate based on just one or two favored foods, again, just in real life. The decision to vote, or whom to vote for, is sometimes made on a whim. Research has been done about how lunch can impact judicial rulings, so there may be a stronger connection between food and voting than we might want to believe.

Now, let’s take a closer look at how people voted.

Joe Biden absolutely adores Italian cuisine, probably as much as Donald Trump loves fast food. This choice is a tough one for America, given the huge popularity of both cuisines, and we were super intrigued when we looked at the scores.

Maybe it’s pizza, or maybe people just don’t want to admit they like fast food, but Joe Biden wins this one hands down.

Both candidates love ice cream, but they prefer different flavors. Donald Trump loves cherry vanilla while Joe Biden loves, well, lots of different flavors, but apparently chocolate chip comes top. Joe Biden takes this one home, probably because, in all honesty, he is a bigger ice cream fan than Trump.

Apparently Donald Trump is not big on breakfast, but when he does eat it, he likes cereals, American-made, of course, and cornflakes with raisins to be more specific. Joe is rather keen on peanut butter and jelly, but this doesn’t bring him tons of votes. The Donald takes this one home.

Donald Trump likes his steak well-done, like, really well done. We are not 100% sure how Joe Biden likes his steak, but given his passion for grilling, he seems more like a medium-rare type of guy. This was a close one. Just 37 votes between the two candidates and Joe Biden takes the win (we can definitely agree on this one – rare or medium rare is the only way to go with steak).

Donald Trump loves his burgers. An Egg McMuffins is a top choice. On the other hand, Joe Biden, mostly prefers sandwiches. Wrong side of the fence, Joe. America loves burgers so much more than sandwiches. Landslide victory for Donald on this one.

Coffee: Yes or No

This is almost an existential question. Joe Biden likes his coffee; Donald Trump generally sticks to his diet coke. But Starbucks hasn’t become a sensation for nothing – America loves coffee. Huge win for Biden on this one.

Trump is a huge fan of KFC, he’s even had a KFC on Air Force One. Biden is not a big fan of fast food, but apparently if he has to eat it, Dairy Queen is the place of choice. Yet Americans just don’t agree. KFC and Donald take this one with a large majority.

Donald Trump loves the golden arches while Joe Biden is a huge fan of the Delaware-based restaurant chain. Well, I think, we all know where this is going. Landslide victory for Trump and McDonald’s.

The Biden’s love Chicken Parmesan. Joe Biden reportedly said that his wife’s Chicken Parmesan is the best in the United States and if you didn’t know it already, her recipe is up for grabs. We don’t know whether Donald Trump likes Chicken Parmesan, but he sure loves meatloaf.

Well, no luck this time, Donald. The family dish wins this time around.

Biscotti’s are apparently high up on the menu for Joe Biden, while Oreo’s were (or maybe still are) amongst the president’s favorites. This is sort of an imbalanced battle from the get-go. No way biscotti will win against the mighty Oreo! As expected, Oreo wins the battle.

Apparently Donald Trump loves taco bowls while Joe Biden loves his caprese salad. This is a true battle of the cuisines, Mexican vs Italian, and based on our prior research, we already know the answer: Mexican is more popular than Italian in the US.

Our survey confirms that, yes, taco bowls are preferred over caprese salad.

Pretty much everyone knows that the president gorges on diet coke. He has lots of diet coke every day. On the other hand, Joe Biden reportedly likes Gatorade. The results here just might surprise you – Joe Biden wins this one by a large margin.

Joe Biden appreciates Delaware sandwiches above anything else, even compared to the delicious Philly subs. We don’t know what Donald thinks of this, but we are pretty sure he won’t root for Delaware given the current circumstances.  Well, Joe, America thinks otherwise. Philly sandwiches win by a landslide.

Ok, this comparison is a bit stretched, but we couldn’t find a better comparison for the president’s beloved Lay’s chips. Joe Biden apparently loves milkshakes, but it isn’t enough to beat Donald on this one.

The president loves his chocolate cake and, in all honesty, it’s very hard to vote against a good chocolate cake. Joe Biden’s raspberry sorbet might win out for the lower calorie intake, but it will never win America’s heart. Donald wins this one with ease.

To be sure, both love pizza, but Joe Biden’s love for pasta is so strong that he would probably almost always order pasta when given the choice. As much as we also love pasta, and we definitely do, it really can’t win against pizza. Donald takes this one home.

No matter how you look at the data, the results are clear. The president’s top food choices seem to be more at the heart of the average American, but Biden’s diet of Italian food, ice cream, and coffee is not that far behind.

When it comes to regional differences, we are in for a few surprises. Donald Trump takes the popular vote in California while Joe Biden takes Texas. Outrageous!

Ohio, North Carolina and Rhode Island were undecided, awarding the same number of votes to each candidate. South Dakota remained neutral, as we couldn’t manage to get any responses there.

For this study, we surveyed 1,100 U.S. residents via Amazon’s Mechanical Turk. The respondents were asked to choose their preferred drink and food from the pairings presented above. Our voters are therefore choosing the candidate that wins the majority of their food options.

We did not disclose the topic of the study to our respondents to avoid influencing the outcome of the vote. Questions and full data set can be made available on request.