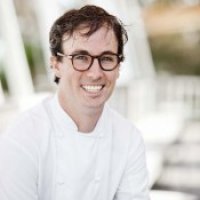 All posts by Ollie Gould

It was the adrenalin rush of a busy service as a teenager that got Ollie hooked on cooking while he juggled full time employment with his VCE, before finessing his culinary skills at William Angliss.

Ollie’s talent and professionalism has played an integral role in continuing the Stokehouse’s outstanding reputation and has earned him numerous awards including the coveted Young Chef of the Year in The Age Good Food Guide 2014 awards.

Oliver’s signature style is centered around using the highest quality produce to create uncomplicated, seasonally-driven dishes that appeal to both the gourmet and casual diner.

Share
Brown Butter Emulsion Melt the butter in a saucepan and cook on medium heat until the milk fats start to brown. Remove from the heat and allow to cool to...