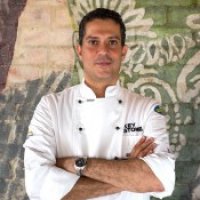 All posts by George Diamond

Brisbane born chef George Diamond has been cooking for over 24 years. He made his mark at acclaimed Queensland restaurant Siggis where he won numerous accolades during his seven year tenure ship and even cooked for Her Majesty Queen Elizabeth II and His Royal Highness The Duke of Edinburgh during their visit to Brisbane in 2002.

Diamond’s greatest source of confidence and pride comes from his Greek father Nicholas Diamond, who is his biggest inspiration when it comes to cooking. In 2009 Diamond joined The Keystone Group as Group Executive Chef where he is now in charge of all things food and most importantly enhancing the food experience at all Keystone venues.