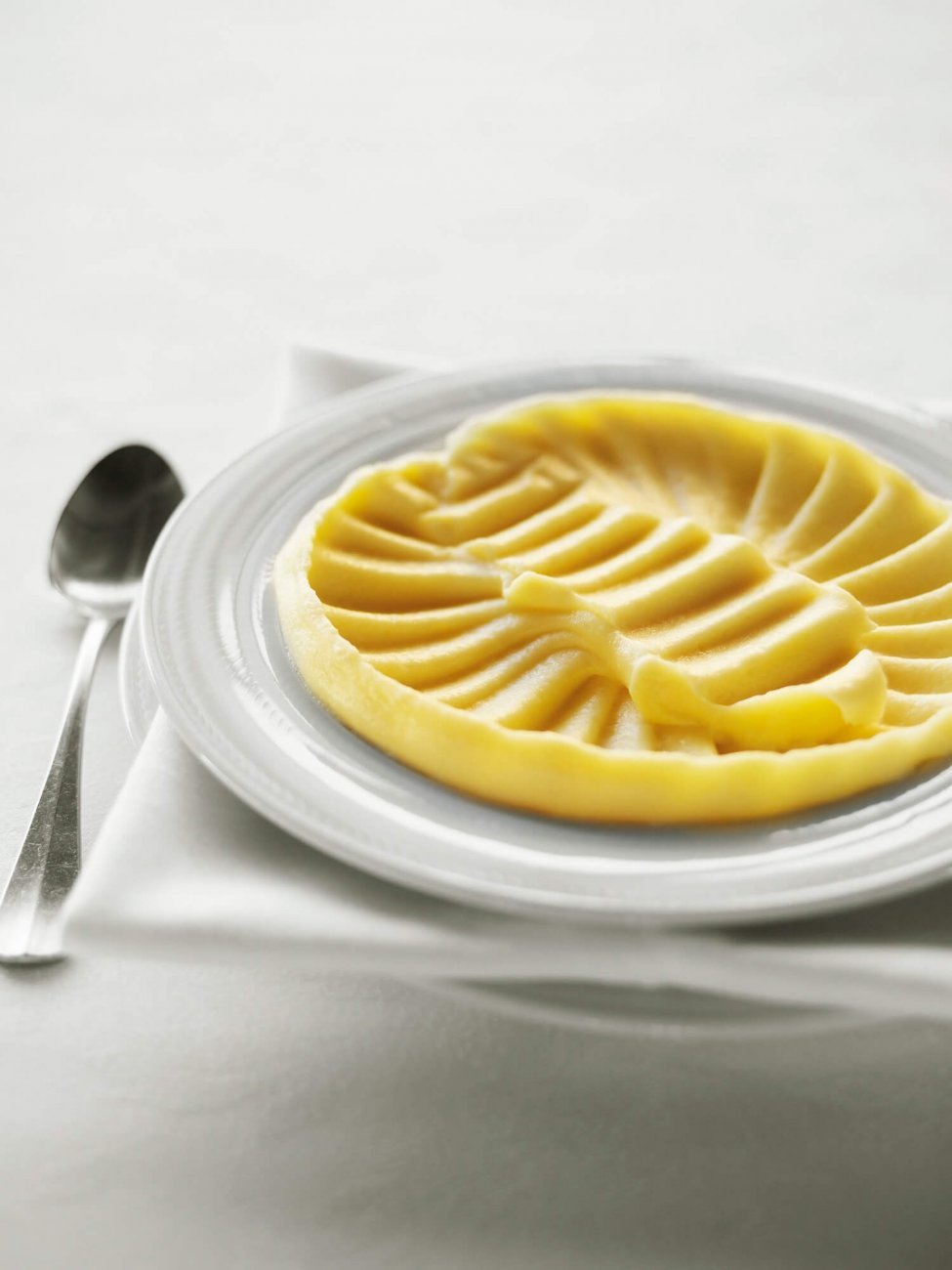 This Paris mash recipe was provided by Chef Guillaume Brahimi and it can be also be found in his cookbook Guillaume: Food for Friends.

French-born Guillaume Brahimi is one of Australia’s most popular and acclaimed chefs. He trained under Michelin-starred chef Joel Robuchon in Paris before moving to Sydney in the 1990s.

In late 2001, Guillaume won the prestigious contract to take over the flagship restaurant at the Sydney Opera House, Bennelong, and, after a refurbishment, opened this spectacular venue in November 2001 as Guillaume at Bennelong. The restaurant went on to win almost every major accolade in Australian food, as well as international recognition. It was named by Conde Nast Traveller as one of the top 50 new restaurants in the world and by 2003 held Two Chef Hats in the Sydney Morning Herald’s Good Food Guide as well as its Best New Restaurant and Australian Gourmet Traveller Restaurant of the Year and is currently ranked 11th restaurant in Australian Gourmet Traveller’s Top 100. In 2013, Guillaume and his team regained their three- hat status in the 2014 Sydney Morning Herald Good Food Guide, and Guillaume was awarded Vittoria Legend Award for his outstanding long- term contribution to the restaurant industry.

Guillaume at Bennelong had its last service on New Year’s Eve 2013 and Brahimi and his acclaimed team will open their new restaurant, Guillaume, in June 2014. Located in Sydney’s Eastern Suburbs in Paddington, in the historic former site of Darcy’s restaurant, guillaume will continue the high standard of service and food they became renowned for in their 12 years at Bennelong.

In 2009 Guillaume formed a partnership with Crown Entertainment Complex (Melbourne) and open Bistro Guillaume. The restaurant won Best New Restaurant in both the Gourmet Traveller 2009 Restaurant Guide and The Age Good Food Guide and has held one hat since 2012. In September 2012, Guillaume opened his second Bistro Guillaume in Crown Perth, which also won one hat in 2013. Guillaume’s partnership with Crown Melbourne developed further in 2013 when he was appointed Culinary Director for the next three years, alongside Neil Perry.

In 2010, Guillaume authored his first book, Guillaume: Food for Friends, and in 2012 published his second book, French Food Safari, a celebration of the incredible breadth and diversity of French food traditions that was also a television series on SBS.

Guillaume is the ambassador for Samsung Electronics Australia and Tefal. Guillaume’s collaboration with Samsung Electronics sees him showcase its range of home appliances in Australia and appear as the face of its new built-in cooking range. As ambassador for Tefal, Guillaume has launched its new Heritage Cookware range and asserted the brands high performance cooking credentials.

Guillaume is also renowned for his huge commitment to several charities. He is an active board member of The Chris O’Brien Lifehouse and the Bestest Foundation, and also participated in the 2013 Sydney to Hobart aboard the Perpetual Loyal Foundation yacht, which raised a significant amount for charity.