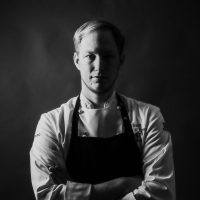 All posts by Deni Srdoč

Chef Deni Srdoč is the Head Chef of Draga di Lovrana, a fantastic one star Michelin-rated restaurant in beautiful Croatia. Deni took the helm of Draga di Lovrana in 2014 and two years later he was awarded by Gault & Millau as Croatia’s Young Talent of the Year. In 2017, at the age of just 27, Deni Srdoč received his first Michelin star, making him one of the youngest chefs out there to received this distinction.

Check out our in-depth interview with Chef Deni Srdoč.

Share
This amazing lamb recipe was provided by Chef Deni Srdoč, Croatia’s youngest Michelin-Star Chef. He is the Head Chef of Draga di Lovrana located in the beautiful Kvarner region of...