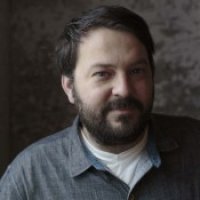 All posts by Stuart Brioza

Stuart Brioza is the Chef/Owner of State Bird Provisions and The Progress in San Francisco.

Stuart began his cooking career in the 1990’s working for Chef John Hogan in Chicago at the acclaimed Savarin restaurant.

In the spring of 2000, Stuart and his wife Nicole were hired to be the Executive Chef and Pastry Chef at Tapawingo in Michigan where they developed their style of cooking using seasonal and local foods.

In 2003, Stuart was named one of Food & Wine Magazine’s ‘10 Best New Chefs’ of America for his technique and commitment to using the best local ingredients.

In 2004, Stuart and Nicole took over the kitchen at Rubicon in San Francisco. In less than a year, their cooking reestablished the restaurant as one of the top dining destinations in San Francisco.

On December 31st, 2011, Stuart and Nicole opened the award-wining State Bird Provisions, which has introduced a new way of thinking about dining and service.

Expanding on those ideas, in December of 2014 Stuart and Nicole opened The Progress to critical acclaim.

Share
Ribs Season the pork ribs liberally with salt and pepper on all sides. Place 1 slab on the parchment paper top side down and lay the thinly sliced lemons, garlic...