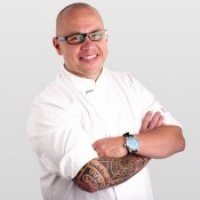 From August 2004 to this day, Pierrick Boyer is the Executive Pastry Chef for RACV City Club Melbourne / Le Petit Gateau.

Classically trained and has over 23 years experience in the industry (in France, Belgium, Italy, America & Australia) with special Charity work and appearances in Singapore, Hong Kong, Malaysia & Japan.

Pierrick has a wealth of international experience working alongside chefs such as Alain Ducasse, Christophe Michalak, Pierre Marcolini and Stephane Leroux (MOF).

In July 2007, he opened Le Petit Gateau and got Voted Best pastry shop straight away, by the *Foodies guide to Melbourne*, The Brownie passion was voted *Amazing cake* in The Age.

2010-2011 the peanut chocolate-raspberry gateau was voted *Best* in Foodies guide of Melbourne, *Best Chocolate cakes* By The Herald Sun.

Share
I personally love coffee, mixing with Mascarpone, remind me when I lived in Tuscany. For 1 large tart (22cm) Cacao Shortcrust Combine room temperature butter with salt and sugar in...

Like 6
Read More
Comment
Share
Uncategorized
I wanted to have a simple and efficient dessert, full of flavour. I have always been a fan of Banana and chocolate flavour, 3 different textures. It is honestly one...