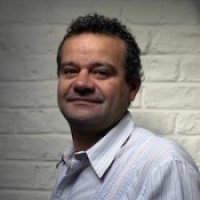 All posts by Mark Hix

Celebrated chef and food writer Mark Hix is known for his original take on British gastronomy, after 17 years working in the industry, he opened his first restaurant in 2008 – the distinguished Hix Oyster & Chop House in Smithfield, and has since opened a further five establishments including Hix Oyster & Fish House in Lyme Regis, the award-winning Mark’s Bar, and HIX Belgravia, which opened in February 2012. He is frequently lauded as one of London’s most eminent restaurateurs with an unrivalled knowledge of ingredients with provenance. Mark has a monthly column in Esquire, a weekly column in The Independent, and is the author of a number of cookbooks on British cuisine.

Share
Pies are a great way to use the less expensive, yet full-flavoured meat cuts, such as flank and shin of beef, mutton shoulder and neck, and ox cheeks. Tucking in...