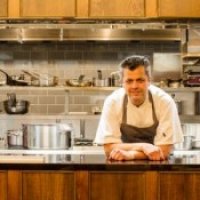 All posts by Allan Pickett

Allan has spent his career working alongside some of the greatest Chefs Britain has to offer,  Michel Roux Junior at Le Gavroche, Head Chef for Marco Pierre White at the Michelin-starred L’escargot, then working at Orrery in the heart of London where he retained the Michelin star before joining the Galvin brothers at Galvin Bistro De Luxe.

The Aviator Hotel in Farnborough was where Allan worked with inspirational Ken McCulloch before joining the D&D Group as Head Chef at Plateau in Canary Wharf.

Allan’s passion and enthusiasm for classic cooking is self-evident. Belief in the building blocks of flavour and the traditional techniques of slow cooking, braising and stewing were taught to him from an early age. A strong advocate for using the most seasonal ingredients that our shores have to offer, whilst also staying true to the classic French and British elements.

Classic, light, contemporary, quality, seasonal and refined are words that have become synonymous with Allan’s style and finish that is delivered on every plate.

Allan held the best Newcomer in the Restaurant Magazine’s 100 Best restaurant’s for 2016 and has won numerous food writers and journalist over with his style of cooking.

Allan is married to Chloe they have four boys and live in Surrey.

Share
Sweat the peeled and sliced shallots in a small pan with the garlic and thyme until it’s light brown in colour. Then add the brown chicken stock and reduce until...