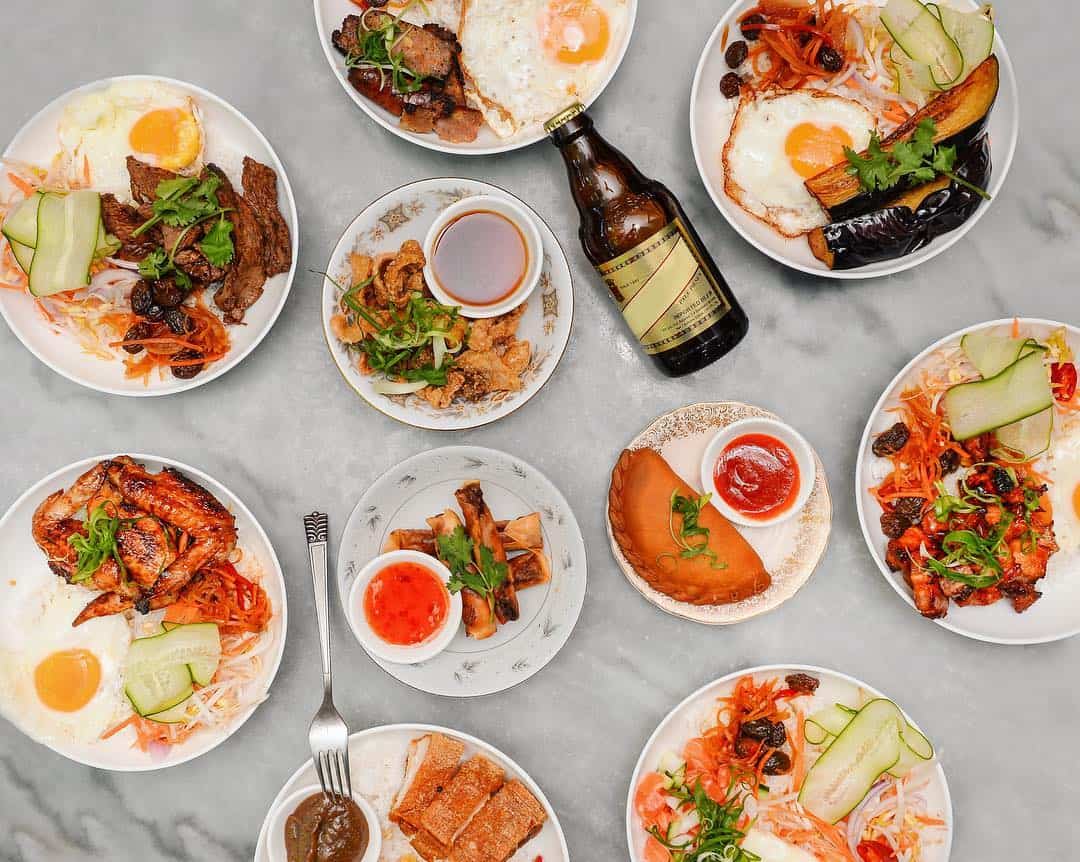 It’s probably safe to say that Filipino food is quite addictive given its wide range of influences from Indonesian, Indian, Chinese, American, and Spanish cuisines, among others. Its flavors, ranging from sweet, sour, spicy, salty, and umami, just make for the perfect comfort food after a long day – be it a lazy or busy one.

Fortunately, Filipino food can be found practically anywhere in the world, and this includes the Emerald City of the Land Down Under. Here are some of the best Filipino restaurants you can find in good ol’ Sydney, Australia.

Sizzling Fillo is a Filipino restaurant in Lidcombe also known for its boodle fight offering and, most importantly, their Crispy Pata (deep fried crispy pork leg). If that isn’t enough, then bringing your whole group of friends to sing your hearts out with their karaoke machine should do the trick!

Business partners Nina Cruz, who is also Head Chef of the restaurant, and Ann Calayag, Manager, say their passion is delivering only the highest quality authentic Filipino food and a delightful dining experience to their customers. This indeed isn’t far from the truth, as Sizzling Fillo was awarded a “TimeOut Recommended” certificate in 2017 by TimeOut, a leading global media and entertainment brand.

Nothing says ‘morning run culmination’ quite like a visit to Descanso, a quaint little café in Glebe Point Road. Not only do they provide a hot cup of coffee to jumpstart your day, but also a taste of Filipino culture with their menu which includes myriad Filipino dishes.

Married couple Wilbur and Rigibelle Montalban named it Descanso after a Spanish term often used in the Philippines to refer to ‘taking a break’, which is quite apt given the brief refuge a visit to this lovely café provides from the busy city that is Sydney. This café is a place where people can just sit down, relax, and enjoy their coffee and food – and for the Filipinos in Sydney, a small space to remind them of home.

Pamana Café is known for having the Philippines traditional ‘boodle fight’ on their menu. This basically means getting down and dirty with banana leaves for plates and your two hands for utensils, just as the Philippine military soldiers do. There’s nothing quite like a Filipino feast such as this!

In a boodle fight, banana leaves are laid down over the entire table and they are covered with various Filipino food such as rice (fried, garlic, or steamed), inihaw (grilled meat, seafood, or vegetables), and sides such as salted tomatoes, salted eggs, cucumber, and atchara (pickled unripe papaya). But while the whole table is filled with food, don’t be deceived: boodle fights are called this because everyone shares –and that means if you snooze, you lose. So you better have your A-game going when you enter Pamana Café for a boodle fight because you’re in for quite a feisty feast!

Pamana’s owner, Pen Esquivel-Henderson, is from the northern part of the Philippines where Spanish cuisine has a huge influence on their dishes. Pen strongly believes in her family’s philosophy of making Pamana as much like home as possible. With such good food that stays true to its Filipino roots and the staff’s excellent hospitality, Pamana Café surely lives up to the Esquivel-Henderson philosophy.

Panlasang Pinoy, or ‘Filipino taste’ in Kogarah, is a canteen-style Filipino restaurant in Sydney that reminds one of a typical karinderia (Filipino canteen) and grocery where you can find a variety of Filipino snacks and more! This truly is a one-stop shop for all things Filipino, as the experience isn’t far from being in Manila. Upon entering Panlasang Pinoy, you are greeted with the warm and homey feel of the restaurant and a very friendly staff.

What’s more, there is even a karaoke machine, reminiscent of all-nighters in the Philippines for parties and outings, complete with grilled barbecue and other dishes that you can find in a regular Filipino household.

Panlasang Pinoy owner Carlito Ferrer never expected to return to Sydney after a failed marriage and business the first time round. However, with a new partner and renewed outlook on life, he decided to come back and give Sydney another try. His efforts clearly weren’t futile as Panlasang Pinoy is now considered one of the most popular go-to places for authentic Filipino food and off-the-shelf products. And all this with thanks to his beloved wife, Aleli, whose passion and excellence in cooking Filipino dishes served as their stepping stone towards a lovely retirement in Sydney – while not having to feel too far away from home.

This modern Filipino restaurant in Darlinghurst is reminiscent of colonial times and is owned by Jonathan Bayad. Behind the amazing Filipino food served at Rey’s Place is Chef Nico Nathaniel Madrangca.

What sets this restaurant apart from others is the modern Australian twist that Chef Nico Nathaniel Madranga adds to traditional Filipino dishes, creating a whole new masterpiece that both Filipinos and Aussies love.

If you’re an adventurous food enthusiast or basically someone who loves trying out new things, this is one Darlinghurst stop you definitely shouldn’t miss!

Have any favorite Filipino restaurants or dishes? Would love to hear them out – leave us a comment below or email us at [email protected]