What is Confit? Confit Explained by a Swiss Chef

Confit, the word comes from the French “confire” meaning to preserve. And ultimately that’s all confit is: a method of preservation. Fortunately it is also a very tasty way to preserve, as it is a method that uses slow cooking and then storing the food to be preserved in its cooking fat. Confit items can be stored for a long period of time as long as they are refrigerated and fully covered by the fat the food was cooked in. 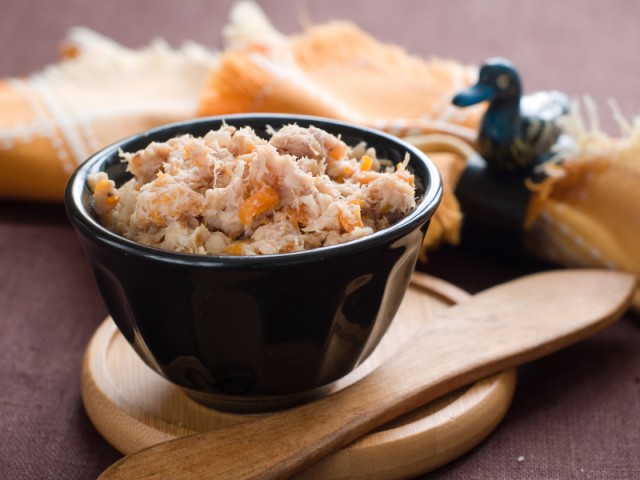 A similar approach was taken with ducks and geese, the breasts were set aside for roasting or smoking and the tougher legs were cooked in the rendered fat of the birds.

Generally speaking meat, game, poultry, poultry gizzards, fish, octopus and shellfish such as lobsters are firstly marinated and salted, then slowly cooked in its own fat or a chosen lubricant such as olive oil, lard, goose fat or clarified butter.

It is important that the temperature of the lubricating fat is below the frying point of 100-110 C, (212 – 230 Fahrenheit) as to ensure a slow, low temperature and gentle cooking process rather than a crisp product.

Once the meat is tender the layer of rendered fat should completely cover the cooked meat and in doing so preserve it for a long period, if refrigerated.

Traditionally in autumn a pig would be slaughtered on the farm to provide meat for the upcoming winter. The meat was then divided into parts suitable for smoking, curing, and sausage making (including the blood). Some of the tougher parts with lots of fat and connecting tissue were separated to be cooked and preserved confit in even more fat; which thankfully was plentiful on the fattened pigs. A similar approach was taken with ducks and geese, the breasts were set aside for roasting or smoking and the tougher legs were cooked in the rendered fat of the birds.

Vegetables can also be cooked confit, such as potatoes in goose fat, garlic in olive oil and many others. However only root vegetables, tubers and bulbs are suitable vegetables for confit, fresh beans, leafy greens and fruit vegetables are not, as they either discolor, or simply fall apart during the slow low cooking process.

How to Confit Fish and Seafood

Cooking a fillet of fish such as salmon, lobster, king prawn or octopus confit, means that we slowly poach it in an aromatic oil or clarified butter. Generally this is not done as a preservation method as such, but with the benefit of the slow and gentle poaching at a low temperature, the fish will be moist and full of flavour.

Confit fruits are produced similarly to making jams; by adding sugar for preservation.

Here the aim, with the low temperature and slow cooking, is that the fruit will soak up the liquid it is cooked in and stay intact rather than stew and fall apart as for jams and marmalade.

Confit chestnuts are a popular condiment to game during the autumn months.

The technique and methods of producing confit are traditionally French and originated in the south west of France (Gascony). The confit duck leg is perhaps the most prominent part of the famed Cassoulet de Toulouse, however it is the Loire valley, west of Paris, that is credited for arguably the most famous style of confit: Rillettes. In producing Rillettes (as pictured) the rendered fat that the meat is cooked in is combined with the cooked meat by stirring the two together during the cooling process.

Producing tasty confit has certainly evolved since its origin in west and southwestern regional cuisine and it is now a widely used technique by chefs of different cuisines and varied styles of cooking. The gentle low heat treatment of the food during the cooking process makes it an easy choice for a wide variety of preparations. Go on give it a try!