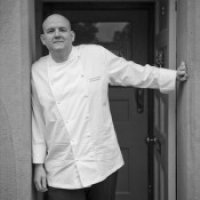 While The Freemasons at Wiswell became a local institution a long time ago, Steven Smith and his team are now enjoying national accolades worthy of the award-winning cuisine he has created in this quaint Lancashire village.

Now recognised as one of the North West’s top dining establishments, Steven has worked tirelessly to provide customers with a true gastronomic experience in a stylish yet homely pub setting. Providing seasonal a la carte menus, an exceptional wine list and a number of occasional menus, The Freemasons offers fine dining at an obtainable price, an accolade recognised this year by The Sunday Times, who not only placed The Freemasons in The Top 100 Restaurants List for the second year in succession, they also commended it for being the most affordable.

Working alongside a dedicated team, Steven and The Freemasons reaped the rewards for their hard work last year, becoming the first pub in history to receive a coveted seven out of ten in The Good Food Guide alongside taking the top spot in the Good Food Guide top 50 pubs, a position they repeated again this year. In addition, The Freemasons won Best Tourism Pub in both the Visit Lancashire and Visit England Awards and finished in the top 10 in the Gastropub Awards. The Freemasons also recently took 68th place in Square Meal’s Top 100 UK Restaurants.

Putting The Freemasons and indeed The Ribble Valley on the gastronomic map, Steven has collaborated with numerous prolific chefs in recent years, bringing the likes of Michael Wignall, James Mackenzie, Paul Askew, Josh Eggleton, Matt Tebbutt, Mary-Ellen McTague, Kenny Atkinson and Mark Wignall to The Freemasons, with events selling out within days of launching.

Such is his success at The Freemasons, Steven has undertaken a new role over the last year, offering his services as a consultant, providing new establishments with insight into building a brand, menus, staff training and much much more.

Share
Mousse Place the sugar and the water in a pan and boil to 119˚C. Meanwhile, add the eggs and the egg yolks to a food mixer and whisk on full...