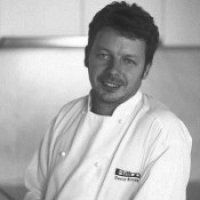 All posts by David Bitton

Born in France, David began his apprenticeship at La Colombes in Paris at the age of fifteen. He continued progressing into top establishments across France, before moving to Australia on Anzac Day 1991, to continue his stream of success in both Sydney and Melbourne restaurants.

David became head Chef at the Gekko restaurant at the Sheraton on the Park, where he first become a recognised talent in Australia and where he was given the artistic freedom that he had always been yearning.

In 2000 Bitton Gourmet was born, originally a very small coffee shop which has now expanded into a thriving community. David is the Managing Director, and his experience and style influences all the menus, from the a la carte to degustation dinners.

His passion and French flair is what makes Bitton and its French-Australian cuisine unique. The Bitton Gourmet product range, inspired by David’s French/Moroccan heritage, and his wife’s Indian, South African background, now sells nationally and internationally.

The range includes Asian Dressing, Monkey Nut Chutney, Orange Jelly and many others. In 2010 the 10 year anniversary of the café, David published his own cookbook called: Bitton: A French Inspired Cafe Cookbook selling 60,000 copies in Australia in the first year.

Share
The origin of Bitton Orange Jelly is a beautiful mistake. The original recipe was for marmalade. However, it was one that didn’t turn out the way it was supposed to....

Like 0
Read More
Comment
Share
‘Masala’ is a term used in South Asian cuisines to describe a mixture of spices used to flavour a dish. This dish usesa garlic-based masala that echoes my wife Sohani’s...