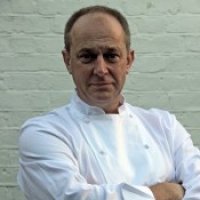 All posts by Clive Fretwell

Clive began his post-graduate career at the Hotel Jarl in Norway, honing the art of cooking with game, before moving to Michelin-starred Hotel Richmond Geneva in Switzerland cutting his teeth in the hotel’s kitchen. From here he spent the next 13 years working for acclaimed chef, Raymond Blanc at his two Michelin star Oxfordshire restaurant and hotel, Le Manoir aux Quat’Saisons.

Whilst working with Raymond, Clive quickly progressed up the ranks from commis de cuisine to chef de cuisine, polishing his skills and developing an impressive repertoire of recipes. He then moved to Nico Central in Manchester, working as its head chef before becoming executive chef at Japanese restaurant group Itsu for four years in 1997. Clive’s natural flair for French food led to his next step as Brasserie Bar Co.’s executive chef working alongside his old mentor Raymond Blanc in 2002.

At Brasserie Bar Co. Clive has been charged with supervising menu development, food costing, a new training programme and new site openings. He has overseen Brasserie Blanc’s expansion to an 18-strong group and, having already successfully launched five pubs, will oversee the rollout of up to 20 over the next three years for The White Brasserie Company. Day-to-day Clive works closely with the head chefs to create a seasonal quarterly changing menu filled with authentic French dishes, with British classics added on the menus at The White Brasserie pubs. Signature dishes include pan-fried morteau sausage, ‘six hour’ beef short-rib and Scottish rope-grown mussels to name but a few. Clive is also in charge of discovering the next great protégé, which he does though his effective training programme and individual development courses for staff.

Share
Today’s recipes dictate that we cook our pheasant at around 180º C, but this recipe follows the old traditional method, using a gentler ‘low & slow’ approach to get the...