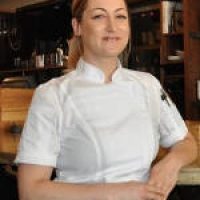 All posts by Anna Miller

Anna is a chef based out of Washington D.C. where she has called home for over six years. She received her associates for Culinary Arts and Hospitality Management in Oregon, where she’s originally from. Her 14 year culinary career has taken her across the country working in fine dining restaurants.

She helmed the kitchen at The Royal in Washington D.C. as they received their first two Bib Gourmet awards after Michelin included the region. She is
approaching the current times by reconnecting with nature and working as a freelance writer and photographer.

Share
A conversation going on among culinarians for decades: Is culinary school worth it? It’s easier than ever to get a start in the restaurant industry without going to school, and...

Like 1
Read More
Comment
Share
What constitutes chef pants as being chef pants? One of the major issues that shaped the need to define a standard pair of pants for kitchens was safety against spills,...