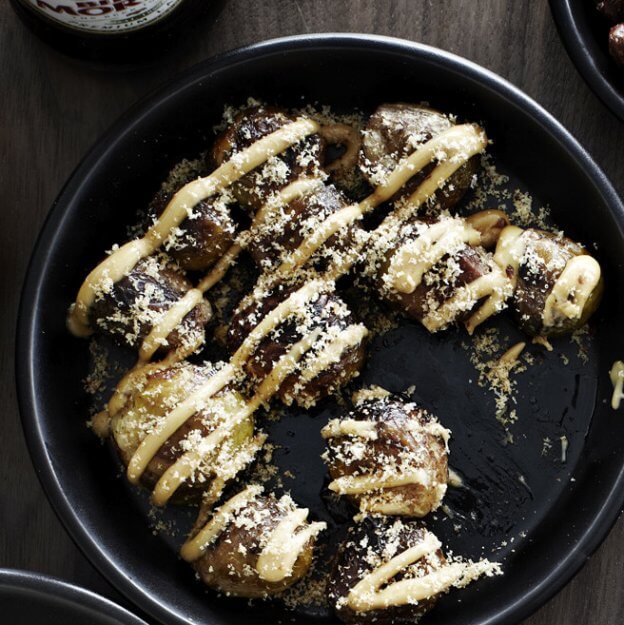 No ratings yet
Print Recipe Pin Recipe
Tried this recipe?Let us know how it was!

Nicholas Bennett, Executive chef at Arbory Bar & Eatery, Melbourne, brings years of experience working in leading restaurants both nationally and internationally. Having only ever wanted to be a chef in his younger years, Nicholas spent much of his apprenticeship at the Gold Coast’s Royal Pines Resort admiring the likes of Charlie Trotter and Ferran Adrià, before setting off to Melbourne to gain valuable experience from some of Melbourne’s leading chefs. After his time in Melbourne, Nicholas spent several years in London, where, in 2005 he gained valuable experience as a Chef de Partie at Tom Aikens Restaurant; the restaurant was voted number 8 in S. Pellegrino World’s 50 Best Restaurants. Keen to further broaden his knowledge and exposure to innovative food and cooking techniques, Nicholas undertook “stages” in some of London’s best restaurants. Before heading home to Australia in 2007, Nicholas headed up Geronimo Inns, a gastro pub group that saw him assist in the menu development of 19 pubs throughout London. His experience abroad, combined with Nicholas’ extensive travel and dining experiences throughout Europe’s best restaurants is what can be credited to the enthusiasm and skill that he brings to the Arbory. Upon his arrival back into Australia, Nicholas assisted with the reopening of Persimmon restaurant at the National Gallery of Victoria, alongside Raymon Capaldi. Working with Raymond allowed Nicholas to further develop and refine his skills in modern Melbourne dining. In 2010 Nicholas moved to Cecconis, Melbourne, a well known one hatted Italian restaurant. Then in 2012 Nicholas was chosen to head the kitchen at the Van Haandels, new brassiere and bar, Trocadero. During his time at Trocadero Nicholas’ food gained significant positive media coverage by leading publications. Nicholas then played an important roll in the rebranding of Trocadero into the newly named Fatto bar and cantina. Nicholas is excited to be making the shift to his role as Executive Chef at HQ group’s Arbory Bar & Eatery where he will be assisting HQ group’s management team in the creative direction of the food.