This is a wagyu short ribs recipe aimed for professional cooks. It takes a bit of time, effort and skill to prepare it, but it’s worth all the effort. Enjoy! 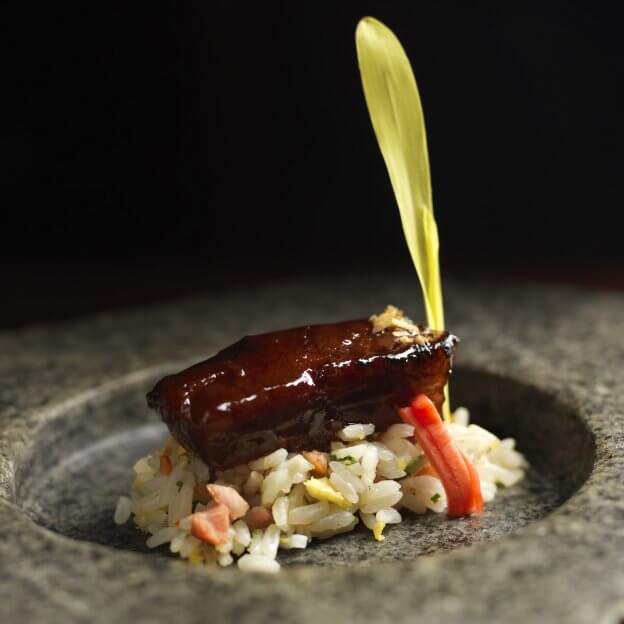 Micha, as everybody calls him, was born in Lima and since his childhood was very passionate about cooking. In September of 1998 he finished school and was admitted in Johnson & Wales University (Providence, RI – USA) where he studied the careers of Culinary Arts and Food and Beverage Management, on completion of the fourth year, he graduated with honors with an Associate´s degree in Culinary Arts and Bachelors in Foodservice Management. While studying, he trained in various hotels and restaurants in Rhode Island and did his internship in Swissotel Lima. He also worked to develop along with the newspaper El Comercio ¨ The Great Encyclopedia of Peruvian Cuisine ¨. After graduating, he decided to go to Osaka (Japan) to specialize in Japanese cuisine, where he worked in restaurants such as “Seto Sushi” and “Imo to Daikon”, the first specialized in sushi and the second in Izakaya style cuisine. After his experience in the demanding Japanese kitchens, returns again to Peru working for five years at the Sheraton Hotel in Lima, the first 3 years as Sous Chef where he learned about Peruvian cuisine. The last two years in his hotel career he was in charge of the F&B department having the Food & Beverage Manager position. His passion for Japanese and Peruvian cuisine led him to create Maido, a Japanese restaurant with Peruvian heart. In Maido, he works with his team investigating and creating new culinary trends where Japanese and Peruvian cuisines live in harmony giving birth to Nikkei cuisine. One year after opening Maido, Micha was recognized as the best chef of 2010 in the “Luces Awards” of El Comercio newspaper, one of the most important newspapers in Peru.