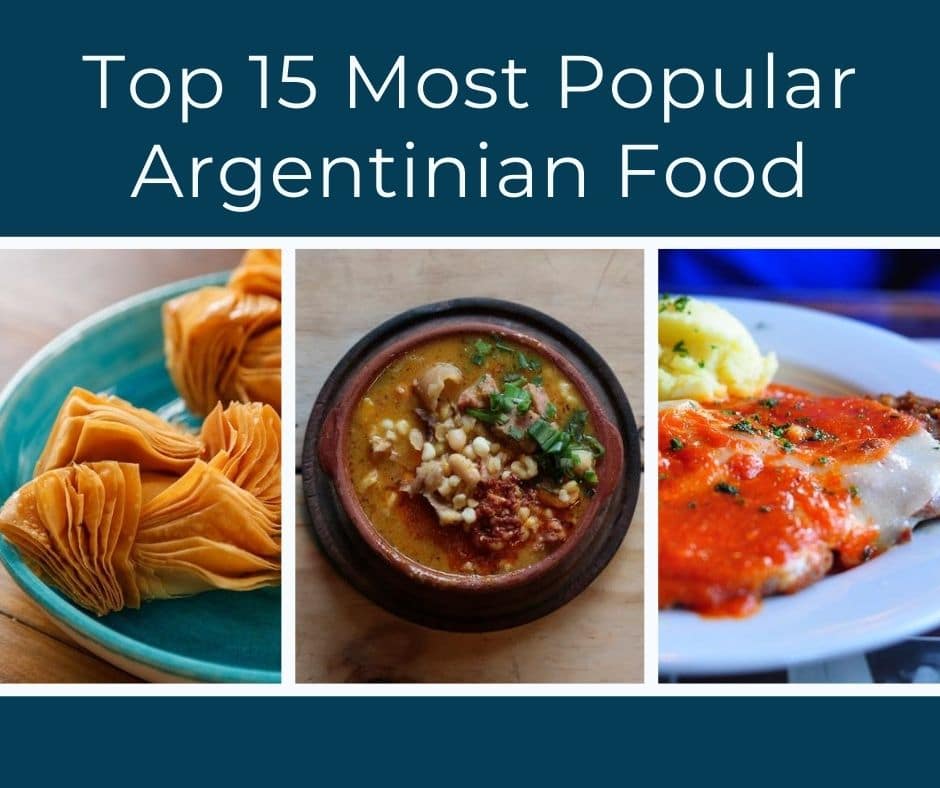 The first things we associate with Argentina are tango and soccer – made so famous by two of the greatest representatives of the sport, Diego Maradona and Lionel Messi.

However, its meals don’t come far behind, especially the beef and typical roasts.

Argentine cuisine is based mainly on beef, known for its excellence throughout the world, but there are also traditional dishes prepared from corn and squash, two ingredients that have a long history in the meals of the region.

The barbecue in Argentina is a symbol of union, of meeting, of family. Every time guests are received, the most typical thing is to make them a delicious barbecue. Families gather on Sundays around the grill fire, made of charcoal or wood to share a barbecue.

There are different cuts of beef such as ribs, “vacío”, and entrails, which are roasted to suit everyone’s taste. The best flavor is bare meat, well-seasoned with salt and pepper, and accompanied with salads or French fries.

Argentine meat is one of the highest quality in the world. That´s why the “asado” is one of the most famous meals. This is due to the excellent cattle breeding that exists in the region.

This is a typical sandwich from Argentina. If you go to a football stadium, you’ll inevitably eat a “choripán” from one of the famous food trucks located around the field.

The choripán originated in rural areas, where the “gauchos” gathered around a grill to roast the stuffed sausage and, as they did not have plates or space to eat comfortably, they put it inside bread and seasoned it with some spicy sauce.

Chorizo is a sausage of either pure pork or pork mixed with other meat. It is grilled, and when it is crispy and well-done, is placed in French bread. You can add chimichurri or salsa criolla, two typical dressings.

The “Parrillada” consists of roasting the cow´s viscera: chinchulines (cow intestine), gizzards, kidneys, all accompanied by pork sausage and blood sausage called “morcilla” (a kind of sausage made with the blood of the cow and grease).

Everything is brought to the table on small grills that keep the meat warm and make our food really crunchy.

This is a typical food for national celebrations because it was prepared by the creoles who inhabited these lands in the 19th century.

It is a stew made from white corn, squash, beef and pork, red chorizo, onion and pepper. It can be served with a spice called “quiquirimichi“, that has ingredients such as ground chili and paprika, as well as onion and salt.

These can be found in the northwest of Argentina, mainly in Tucumán, Salta, and Jujuy.

The dish is prepared inside the corn husk, which is filled with corn flour, squash, minced meat, onion, pepper, garlic and hard-boiled egg. The wrapper is tied and cooked in boiling water. Corn was one of the staple foods of the Incas and Diaguitas, the original people who lived in these lands.

Tamales are delicious and if you like spicy food, you will love them.

The arrival of the Empanada to Argentine lands has its origin in the Arab invasions of Spain, the country that colonized these lands for years.

These are wheat flour dough circles filled with different preparations. The most typical is prepared with minced beef or beef finely diced with a knife sautéed with green onion. It can be completed with chopped hard-boiled egg and olives. It is seasoned with salt, ground chili, and, an essential ingredient, cumin.

They can also be filled with chicken, vegetables, or corn. They are cooked in the oven or fried, and are also a typical foods for national holidays. Salta and Tucumán are famous for their empanadas, juicy and spicy.

This food can be tasted in the south of the country, in Patagonia, characterized by its dry climate and hard pastures, ideal for raising sheep.

To cook this dish, the lamb must remain in water for at least six hours to tenderize the meat, and then cooked on the spit in the famous cross especially for “cordero al asador”. It is eaten hot accompanied by homemade bread.

Lamb began to be used in Argentine kitchens in the 19th century and is one of the most beneficial meats for health due to its low-fat content.

This is one of the oldest foods in these lands, and was prepared by indigenous communities, whose diet was based on corn and potatoes.

To prepare it, the dry corn kernels are grated into flour, mixed with milk to form a cream and added to sautéed onion, basil, and paprika. Everything is placed inside the corn husk, tied, and cooked in a pot of boiling water. It is a typical food of the Salto-Jujuy puna and the Humahuaca region.

This is the favorite food of all children in Argentina. There is no house in which, at least once a week, milanesas in the napolitana style are eaten. The most common are beef, but they can be made from chicken, pork, and even fish.

It is a slice of meat marinated in beaten egg, a lot of garlic and parsley, and then covered in breadcrumbs. They are cooked in a pan with hot oil and left to rest in a dish with kitchen paper. Then, tomato sauce, smoked ham and plenty of cheese are added and they are au gratin in the hot oven.

This dish is not suitable for those with cholesterol problems. It consists of a very abundant portion of French fries, with two fried eggs placed on top as if it were a horse.

They are eaten with homemade bread. It is another children´s favorite. They dip the French fries into the egg and eat with their hands. No fork or knife are needed! You can order it in any Argentinian restaurant.

This is the most traditional sweet in the country. There is no dessert or cake that does not have an added dulce de leche. As its name indicates, its main ingredient is cow’s milk to which sugar is added as well as a touch of vanilla. Some people use a little baking soda to further enhance the caramel flavor.

To prepare it, you only need to place all the ingredients in a pot, cook it over a very low heat, stirring constantly until it thickens. Dulce de leche is considered an Argentine Gastronomic and Cultural Heritage, as is Malbec wine and asado.

In Buenos Aires, the great fiesta of dulce de leche is celebrated in the first week of November, an event even declared a national tourist interest as the dessert is one of the most consumed in Argentina throughout the year. The city is flooded with the smell of toasted caramel and you can taste a large number of varieties of dulce de leche.

Alfajores are the best combination of sweets you can try in Argentina. Throughout the world they are known as a tradition of the country’s gastronomy and can be found in different flavors.

They are eaten at all times of the year and can be found at any kiosk. There are plain, triple top, chocolate and milk. They can also be filled with fruit jam or chocolate mousse.

The most famous are those of the province of Córdoba and those of Mar del Plata city. As both places are tourist centers, whenever you travel there can you bring alfajores to your loved ones.

Every Argentine independence day, these famous sweet potato pastries can be found on Argentinian tables.

They are puff pastry, filled with sweet potato, and fried in hot oil or pork fat. Once removed from the heat, they are painted with syrup and colored dragees. They are special and often accompany the afternoon mate.

This is an excellent infusion of this southern country. In other places you drink tea or coffee, while in Argentina there is no home where a round of mate is not made at snack time.

Its base is the yerba mate that is produced mainly in the Mesopotamian area. This yerba is placed inside a container called a mate, which then has a special sorbet and hot water added to it.

It is passed and shared among everyone in the round. It is characterized by its digestive and cleansing benefits and has high amounts of antioxidants. Such is the importance of mate in the daily life of Argentines that every November 30 the country celebrates national mate day.

Typical, simple, and straightforward, this dessert is usually eaten in every home. It is a combination of soft, creamy cheese with sweet potato or quince.

In some regions it comes accompanied with raspberries or bitter oranges. In areas of the northwest they use goat’s cheese and accompany it with cane honey.

In the southern region they prefer sheep’s cheese. Undoubtedly, it is one of the traditional desserts of Argentina and loved by children, since it can be consumed any time.

Kelly Taurizano was born in San Pedro, Buenos Aires, Argentina.
Journalist and lawyer, passionate about sports and cooking.
Cooking is her therapy, putting on music, pouring herself a glass of wine and starting to create with what she finds in her fridge.
Mother of five children who are eager to try new dishes every day.
Her specialty is the grill, but she also loves stews especially in winter.
Traveling the world and discovering new flavors is one of her passions, along with sports and good reading.