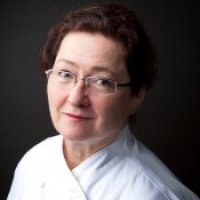 All posts by Suzette Gresham

“I am a purist at heart. I adore food and nothing brings me greater joy than sharing my passion for Italian cuisine. Very simply, I pour my heart and soul into the dishes I create and enjoy relaying my love for food to other people.”

Suzette Gresham, Acquerello’s co-owner and Executive Chef, has had a profound impact on the culinary world over the course of her over 35 years in the kitchen. Her career is one that has been punctuated by numerous awards and accolades from both local and international institutions. In 1980, she was the first female apprentice to be on the U.S. Culinary Olympic team, returning as an individual competitor 4 years later, and taking home the bronze metal. She holds the coveted Antonin Careme award, and was honored to become the first Junior Member of the ACF, later being voted to the Board of Directors for three terms. Acquerello has held a spot every year on Michael Bauer’s Top 100 Bay Area Restaurant List since it’s inception 19 years ago. The restaurant has received a Michelin star every year since 2007 until 2014 when it was awarded a second star. Gresham is only the third woman in the U.S. to hold that title. While these prestigious achievements are a source of pride for Gresham, they are not the driving force behind her career, food – above all else is what keeps her in the kitchen.

Gresham produces more than just meals at Acquerello, she and her team provide experiences for the diner that are emblematic of what they could expect in Italy. She does this through her dedication to elevated hospitality, the execution of soulful and thoughtful dishes, and a mission to educate and inspire all those who come through the door. “Materia prima”, or quality ingredients, along with seasonality, tradition, and philosophy are the driving forces behind Gresham’s style. She believes that Italian cuisine has a timelessness that doesn’t rely on trends. She remains current, however, by listening to diners, maintaining an awareness of her marketplace, and revitalizing forgotten classics through interpretive applications.

Just as ingredients have been a pillar in her cooking, education has been a hallmark in her legacy. Gresham strives to make Acquerello all about opportunity. Her tenacious attitude, sincerity, undeniable skill, and constant appetite for knowledge are what helped her rise through the ranks. She didn’t realize she was a pioneer at the time; she just wanted to learn and progress in her career. Gresham has made her mark in the industry by highlighting the importance of culinary fundamentals in her team, stressing the importance of where you begin as a chef. It is with this philosophy in mind that Gresham has successfully passed 63 interns through her kitchen in the 26 years of Acquerello’s existence. It is her belief that without a strong foundation, in the long run you will short change yourself because of what you don’t know. It becomes exponentially harder to create new, bold flavor profiles or interpret the classics if you don’t first understand why techniques came to be, how traditions were started, and what role ingredients play in the regions from which they hail. “If you love your craft, it is your duty to learn all you can and then share that knowledge with the next generation. I relate to other chefs young and old – at the end of the day we are all just cooks.”

Share
The photo of the scallops is beautiful. It is meant to inspire and not restrict. It seemed to be one of the most do-able of our recipes and is open...