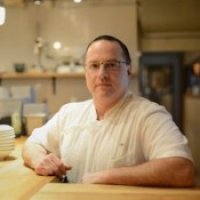 Growing up in Albany, New York, Marmulstein’s love of cooking was fostered by his family’s bakery. Starting out very young, he always felt his work in the culinary industry was a natural progression. After graduating from the Culinary Institute of America, Marmulstein began working his way up in the industry. By the time he was 20 years old, Marmulstein was already the Executive Chef of The Atlanta Fish Market. He then founded the award-winning dick and harry’s Restaurant. Marmulstein has been working as an executive chef for more than 25 years in fine-dining restaurants, receiving awards from Zagat, Condé Nast, and Gourmet Magazine, to name a few. After dreaming up his vision for Salty Sow, Marmulstein called Larry Foles, a successful restaurateur, and they met in Chicago. The rest is history and Salty Sow was born in Austin, TX in May 2012. Not long after, a second location, where Marmulstein splits his time, opened in Phoenix, AZ.

Marmulstein is a passionate chef who relishes cooking every day in the kitchen. He is known to lead by example and enjoys working hard each shift, constantly inspired to push the culinary limits in his restaurants. Spending more of his life in the South than the North, Marmulstein’s cuisine is heavily influenced by southern traditions. He embraces the style of cooking fresh farm produce and supports small independent farms by sourcing seasonal foods.

Outside of his passion project, Marmulstein enjoys spending time with his wife and believes his house to be the best place to eat, drink and be merry. Marmulstein and his wife are avid gardeners, his wife is the brains behind the growing and he brings the brawn. Reading, traveling and eating at other restaurants consume what little spare time Marmulstein has, and he wouldn’t have it any other way.