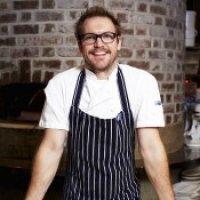 All posts by David Lovett

David Lovett joined Merivale in December 2012 as Head Chef of ivy’s Uccello where he has created an authentic Italian menu which he says allows the ingredients speak for themselves by preparing them simply and with a less is more approach.

David has an impressive CV – after completing his apprenticeship he learnt the ropes in kitchens across Fremantle (WA), Ayers Rock and McLaren Vale, before deciding on a move to Sydney in 2006.

In Sydney, he took up the Sous Chef position at bills in Darlinghurst where he was responsible for training and overseeing junior staff and the day to day running of the kitchen. During his two years at bills, David tried his hand at food styling after being given the opportunity to work with Bill Granger and his team on the weekly Sydney Morning Herald Good Living Magazine.

A desire to try something new in 2007, David took up the role of Junior Sous Chef at Danks St Depot in Waterloo where he enjoyed the challenge of a daily changing menu and creating dishes using great produce.

In 2008, David moved from inner city to the coast as Sous Chef of hip eatery, North Bondi Italian Food where he spent two very busy summers before moving to the Kings Cross institution Bayswater Brasserie.

Before moving to Merivale, David spent a length of time in Italy before returning to take up the position of Head Chef for johnandpeter canteen in Eveleigh where he was responsible for creating menus for al a carte, cocktail parties and functions.

Share
Tomato Sugo In a medium sized pot or pan warm the olive oil over a medium low flame or heat, add garlic, onion and a good pinch of salt, gently...