Vegan and Keto Are This Year’s Top Thanksgiving Trends 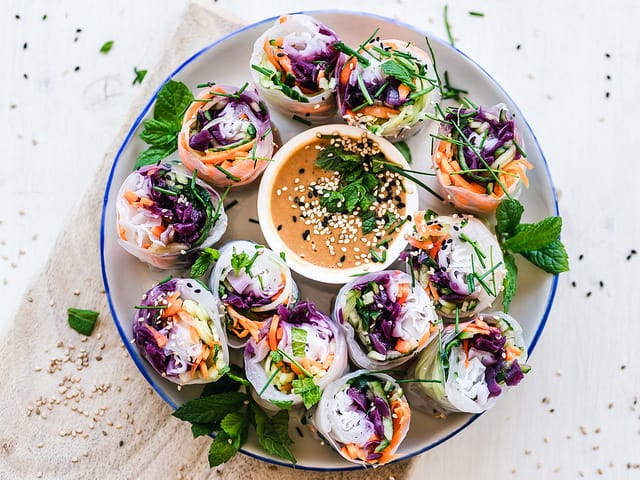 Google has recently published its annual Thanksgiving search trends report, which is based off of search queries made on its hugely popular search engine and YouTube platform.While the report is a fun read, most of the insights surfaced by Google’s analysts would fall between pretty obvious (i.e. searches for “how to cook turkey” spike in November) and easily predictable (i.e. most popular Thanksgiving recipes are for turkey, stuffing and green bean casserole).

We thought there should be more to it and dug deeper into Google’s search data. We uncovered some very interesting trends that are well worth sharing:

While this ratio may change in the next few days in favor of turkey recipes, it doesn’t take away the huge growth in popularity of vegan Thanksgiving dinners.

States with the Highest and Lowest Searches for Vegan Recipes

Vermont, New York, Kansas, Oregon and Washington are the top 5 states with the highest density of vegan recipe searches. At the bottom of the table, we find a few vegan wastelands where there were not enough vegan recipe searches to even color-code the state areas. These vegan desert states are West Virginia, Mississippi, North and South Dakota, and Wyoming.

Vegan Turkey is a Thing

More proof on this is the rising popularity of vegan turkey as over 4,000 searches for vegan turkey were made in the past twelve months in the US alone. Wait what? It seems like there are lots of different vegetarian turkey substitutes such as soy, though the Guardian thinks that Watermelon ‘ham’, served by Ducks Eatery, is definitely this year’s Thanksgiving vegan alternative.

What do you know, it’s #worldveganday! Celebrating with one of our first ? videos by @brunchboys

It’s something that would make PETA very proud as the animal rights organization has fought for many years to deter Americans from buying turkey and chose a vegan diet. This year, PETA has launched a go vegan Thanksgiving campaign placing a suggestive billboard on a busy motorway in Boston.

Keto has its first Thanksgiving hit

Keto diets have been around for a few years, but Google data suggest keto is having its first Thanksgiving hit. Searches for keto Thanksgiving dinner are projected by Google to grow 6x compared to last year.

Keto diets can be vegan friendly, though meat is the primary ingredient for many keto recipes. However, vegan enthusiasts should remain unruffled as vegan remains 10x more popular than keto, in spite of the huge rise in popularity of the latter.

When compared side-by-side, Google Trends provides a popularity score for each dessert which shows search interest relative to each other.