Salt – How much is Good for Us? 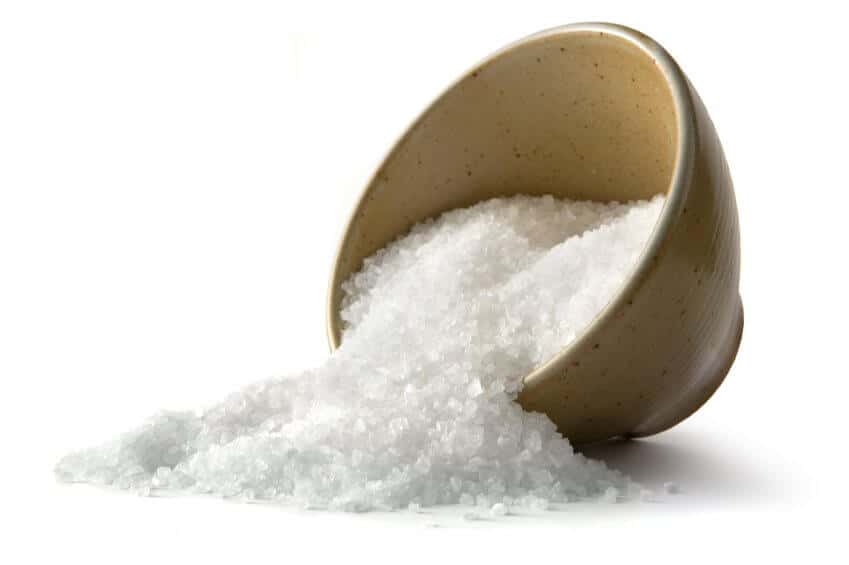 Food which is not salted tastes dull. Food that has been overly salted, tastes just as off and additionally is not healthy for us. Many of us are so unsure of our salting skills that we place salt on tables in order for our guests to determine their own taste. While salt is essential to life (all bodily fluids contain salt) and we need to ensure our body replaces salt it loses through sweating, consumption of too much salt can lead to high blood pressure (hypertension) and ultimately to heart diseases or strokes.

One way to control your sodium intake is to use low sodium salts or salt substitutes.

Salt is sodium chloride and sodium, if we consume too much of it, will harm us. 2.5g of salt equals approximately 1g of sodium. Our body only needs about 1.6g of sodium or about 1 teaspoon (4g) of salt to ensure that natural balance in the body is adequately taken care of.
In general all salt; table, rock, punk, nitrate, cooking and kosher salt, are at around 37-39g of sodium per 100g of salt. Fleur de sel and sel gris, (natural sea salt from France) are considerably lower at 30-35g/100g.

Salt and therefore sodium can also be found in most of the prepared sauces such as ketchup, mayonnaise, chili and BBQ sauce, and most Asian sauces (soy and oyster sauce), seasonings such as liquid seasoning, Aromat, stock cubes, Worcester sauce and similar and condiments such as fermented black beans, miso paste, mustard and more. Although manufacturers these days are required to state the amount of salt or sodium in a product, often it is hidden in flavor enhancers, artificial sweeteners or emulsifiers and we are just not  aware of it. Potato chips, dips, salad dressings, sauces and prepared meals all contain high amounts of salt and even monosodium glutamate if not otherwise stated.

Generally it is assumed that our daily salt intake is 2.5 to 3 times the amount our body needs. About 18% of this can be attributed to salt we put into food and approx 15% from naturally occurring sodium in unprocessed foods. The remaining almost 70% of salt we take to us comes in the form of manufactured products. Meat, fish and bread products such as sausages, terrines, seasoned fish fillets etc make contribute over half of the remaining 70% and the rest can be found in all other products from cakes and cookies to milk products and breakfast cereals.

One way to control your sodium intake is to use low sodium salts or salt substitutes. These products, in general claim to have the same strength of saltines like regular salt but average between 13-20g sodium / 100g. Most of these low sodium salt substitutes are based on potassium chloride, yeast products, mineral oils and different kind of acids. As chefs in the kitchen we certainly influence how much salt we put in the food we are preparing. But the question remains; how much salt is good and healthy and how much is too much and harmful?

Low sodium salts and salt substitutes can not replace salt completely and they do not taste like salt either. Using these products however, can at least help to control the intake of sodium for our guests and family members. While using regular salt for a broiled or grilled steak certainly still is the best, at least in term of taste and flavor, seasoning braises and stews or using salt substitutes in marinades are perfectly good option. Soups and broths taste just as full flavored depending on the preparation rather than the type of salt or salt substitute that might have been used during its preparation.

More can be done to reduce sodium intake and start actively to lower blood pressure. Try alternative seasoning such as vinegar, lemon or lime and herbs and reductions of non salted or low sodium stocks and wine to get the best flavor into a dish. The more intense the flavor, the less salt is needed to make it taste perfectly. At times it might be difficult to stay away from salty and sodium rich food in our busy lives where we often have to resort to prepared food items, sauces or frozen ready-to-cook food.  Therefore we need to ensure that we do the utmost to check our sodium intake when we are cooking fresh and healthy food at home; low sodium cooking with fresh vegetables gently cooked and lightly salted and fresh fruits instead of sweets and desserts.