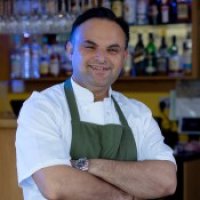 All posts by Binod Baral

A bright student in school. Studied in one of the best Government schools, Solders Boards High School, Pokhara, Nepal. In 1995, after finishing school, joined family run business of service station with Restaurant and Hotel. In 1998, launched River Sound Restaurant at the age of 19. Passionate about food and hospitality since very young age.

Arrived in London in 1999 and joined Zarani Haute Cuisine, Kew Garden. Promoted as Head Chef at the age of 21. In 2001, joined Tamarind Michelin Restaurant, Mayfair as Head Chef of Okra Team. In Early 2002, joined Delhi Deli as a Head Chef with a vision to develop a new brand of takeaway Indian outlets that delivers superb food in an entertaining and stylish manner.

In 2003, became the youngest Group Executive Head Chef of The Bombay Bicycle Club which was then a  part of Clapham House Group. In 2010 joined Global Head Chef (Asian Cuisine) for DO & CO International. Responsible for catering of 68 International and National Airlines, Formula 1 Race, Chelsea Flower show and Champion league Final.

Co-Founder, Director & Chef Patron at MoMo & Roti, West London (Nepalese restaurant without Tandoor in kitchen and tikka masala & korma on menu) and Zumbura, Clapham (an extension on Mum’s Indian Kitchen). Culinary Director at the Black Lemon Plant Base Catering along with many other projects.

Share
Nepalese has a special taste for goat meat and they like to serve goat curry at special occasions. This special goat curry recipe was provided by London-based Nepalese chef Binod...

Like 17
6
Read More
Comment
Share
Uncategorized
This a nice and quick dish for summer. Roadside BBQ chicken is normally a deep-fried dish but I have redefined it for the European palate in a healthy way. There...

Like 0
Read More
Comment
Share
This a nice and quick dish for summer. Roadside BBQ chicken is normally a deep-fried dish but I have redefined it for the European palate in a healthy way. There...