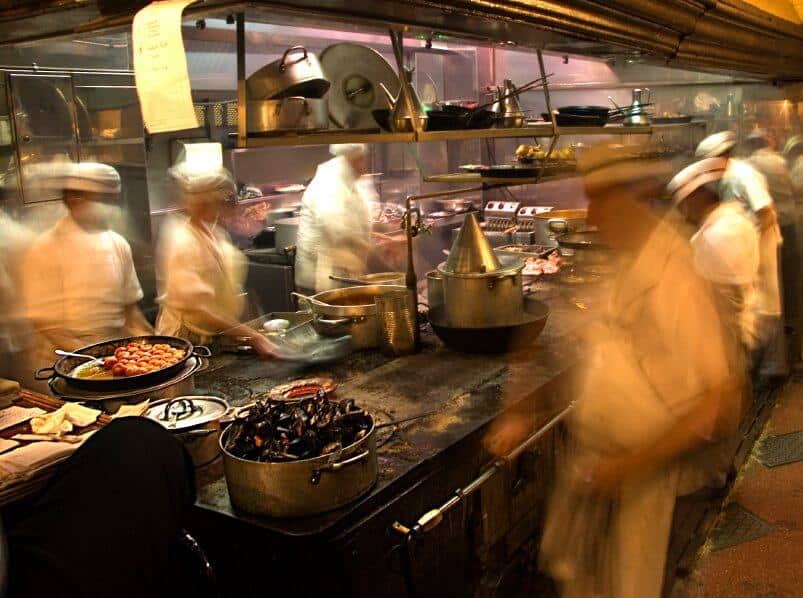 This is a comprehensive guide to the kitchen and chef hierarchy and explains in detail all the different chef roles found in today’s professional kitchens.

The above listed chef hierarchy will not apply to all kitchens. As you can imagine a kitchen with only 3 staff has no need for a Chef de cuisine, an Executive Chef and a Senior Sous Chef.

The following titles refer to some of the many names given to chefs assigned to certain stations and not necessarily their place in the hierarchy.

Don’t miss out study on the employment and salary trends for chefs in the US. One of the most striking findings was that the wage gap between head cooks and everyone below is growing rapidly.

Paul is a personal Chef to exclusive Sydney clients and is also our most frequently contributing writer. Paul was born in The Netherlands and moved to Canada at a very young age.

Experience with traditional European meals at home and the diverse multicultural influence of foods in Canada gave Paul a great appreciation for different culinary styles. Over the years Paul traveled extensively and worked at every level of professional kitchens, from the deep fryer in the local burger joint, to the Head Chef in Five Star Hotels.

He now resides full time in Sydney, Australia with his wife and their children. You will find his recipes emphasize natural, uncomplicated flavours and fresh ingredients such as those found in Mediterranean and South East Asian cuisines.