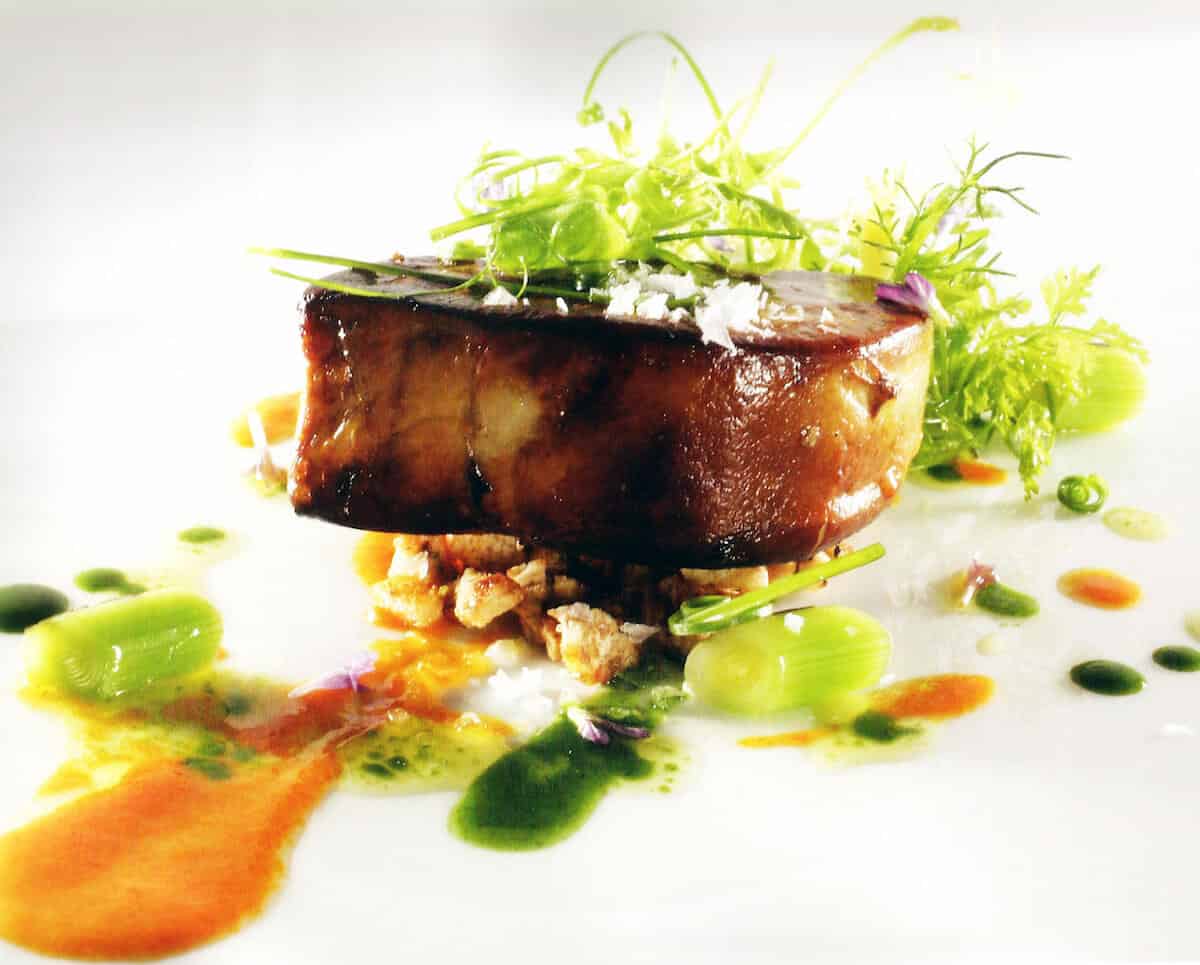 For the Pumpkin Essence

For the Leek and Hazelnut Essence

For the Honey Marjoram Bread Crackling

For the Fresh Baby Leek Salad

Jordi Cruz was born in Manresa (Barcelona) in 1978 and studied cooking at the “Escolar Superior d’Hosteleria Joviat” in the same city. At 14 years old he began working in the restaurant Cercs Estany Clar (Barcelona), where he received his first Michelin star in November 2002, becoming, at 24 years, the youngest chef in our country and second in the world to receive this distinction. The strong promise he represents within the panorama of Spanish Cuisine was recognised from that moment on.

Before, he won several awards among which are: the Young Chef’s Spanish Championship in San Sebastian in 2002; the International prize Cooking with Olive Oil from “Jaén Paraíso Interior”, made in 2003 under “

In 2006 he became champion of the first edition of “Chef of the Year” CCA, an event where he is currently Vice President of the jury (the Chef Martin Berasategui is the President).

In December 2007, Jordi Cruz left the Estany Clar and became manager and head Chef at the restaurant Angle de Món Sant Benet (Barcelona). In November 2008 the restaurant was also awarded with one Michelin star, which is still maintained in 2014 Guide and now in Hotel Cram Barcelona.

In May 2010, he took the lead of ABaC Restaurant & Hotel, which is now the gastronomic reference of the city and it is awarded as Best Restaurant of Catalonia 2011 by the Catalan Academy of Gastronomy, and with 2* Michelin Guide since 2012 and 3 “Soles Repsol” since 2013.

Jordi Cruz is the author of “Cooking with logic: technique and concepts in the kitchen of Estany Clar” and he is actually writing his second book.

In June 2012 he opened a new restaurant in Barcelona Ten’s Tapas Restaurant, in the heart of the Born district, offers tapas and side dishes true to the philosophy of ABaC.

Regarding his cuisine, the chef himself defines it as “evolutionary and restless, based on the product and where creativity and tradition are merged.” Within his profession, the coherency and clarity of his avant garde cuisine has continued to stand out from changing fashions and trends.

Since 2013, he has been a judge on the program Master Chef Spain on TVE1 and has been awarded as Chef de l’Avenir by the “Académie Internationale de la Gastronomie” (International Gastronomy Academy).