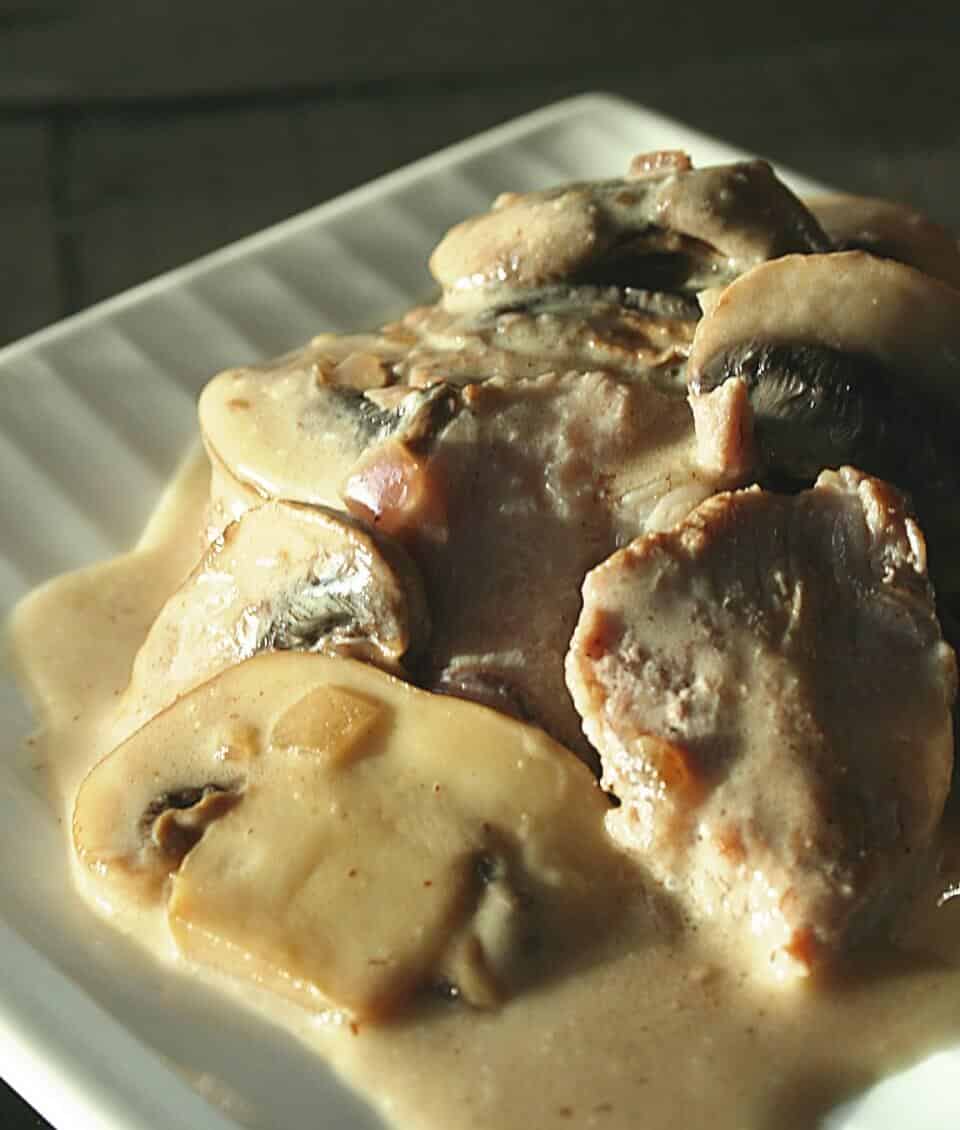 The traditional veal emice “Zurich style” in creamy mushroom sauce is arguable one of the most famous dishes in Swiss cuisine along with Fondue and Raclette of course. This is a sort of a la minute dish which I mostly prepare if I do not have time for any prolonged cooking. But the creamy mushroom sauce and the tender veal are always appreciated by guests and family.

Note: Traditionally either Roesti potatoes, spaetzli or butter fettuccini are served with veal emince. For an upgraded version you can use chanterelles, ceps or morels to replace the button mushrooms