‘Nothing beats a cocktail or high tea, so I wanted to have the two in one,’ quips Anna. ‘I used the flavours of a piña colada and twisted them into “Tropic-Anna”, Anna being my name, of course. I used different recipes that I knew worked on their own and could work well together.’ Recipe From:The New Pâtissiers by Olivier Dupon published by Thames & Hudson $70.00. Available at all good bookstores. 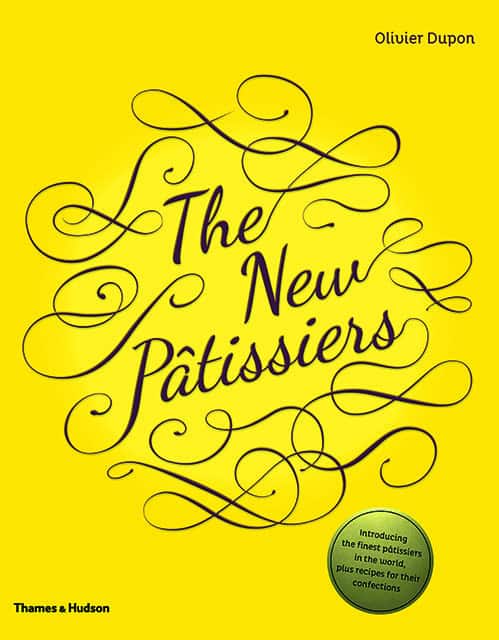 Anna began her culinary career in 2000 by accepting an apprenticeship with The Sofitel Melbourne Hotel. During this time she won the best “Apprentice in Victoria” competition run by Les Toques Blanc. Her prize; a scholarship to work ANYWHERE in the world to further her cooking career. Anna embraced this opportunity to follow her dreams and work in London for three years at The Claridges Hotel; regularly awarded the best hotel in England. During her time there she had the opportunity to work under two extraordinary pastry chefs, Miss Julie Sharp, (UK’s best Pastry Chef of the year 2004) and Nick Paterson who was awarded the same prize 2 years later. She continued to enter numerous competitions, which she won during her time in the UK. Most prominent being The Nadell Trophy (Dessert of the Year) and also the Culinary Academy Award of Excellence for pastry, being an award that is given to a limited number of young pastry chefs. As part of winning this prestigious award she was given the opportunity to travel to Paris to do a stage with renowned Pastry Chef Pierre Herme at Pierre Herme Patisserie at Rue Bonaparte Paris. She completed University at Themes Valley University in London, Culinary Arts in International Pastry Gaining excellent results. After returning to Australia in 2008 she won the Callebaut Chocolate Competition for Best Chocolate Dessert. The prize was a trip to Chicago to study at the Callebaut Chocolate School. Anna has trained along side Jerome Landrieu, Jean-Marie Auboine and Kirsten Tibballs. For 5 years she has held the position of Executive Pastry Chef at The Bathers Pavilion at the beautiful Balmoral Beach. With writing Serge Dansereau’s sweet side for his cookbooks “The French Kitchen”, “Summer Cooking” and the new realized “Seasons”. She features and writes for The Australian Business Baking Magazine, and has featured in So Good Magazine and currently in the beautiful book “The New Patissiers” by Olivier Dupon (Thames & Hudson 2013), a collaboration of the next up and coming pastry chef’s; featuring 38 pastry chefs from all around the world. Anna is also the founder and chairman of the Sydney Pastry Chef club. She is the Executive Pastry Chef at Sydney’s five star hotel: Shangri-la Sydney. Pushing the boundaries and the most talked about dessert degustations in the pastry kitchen, winning best high-tea in Sydney and having 10 talented pastry chefs in her team.