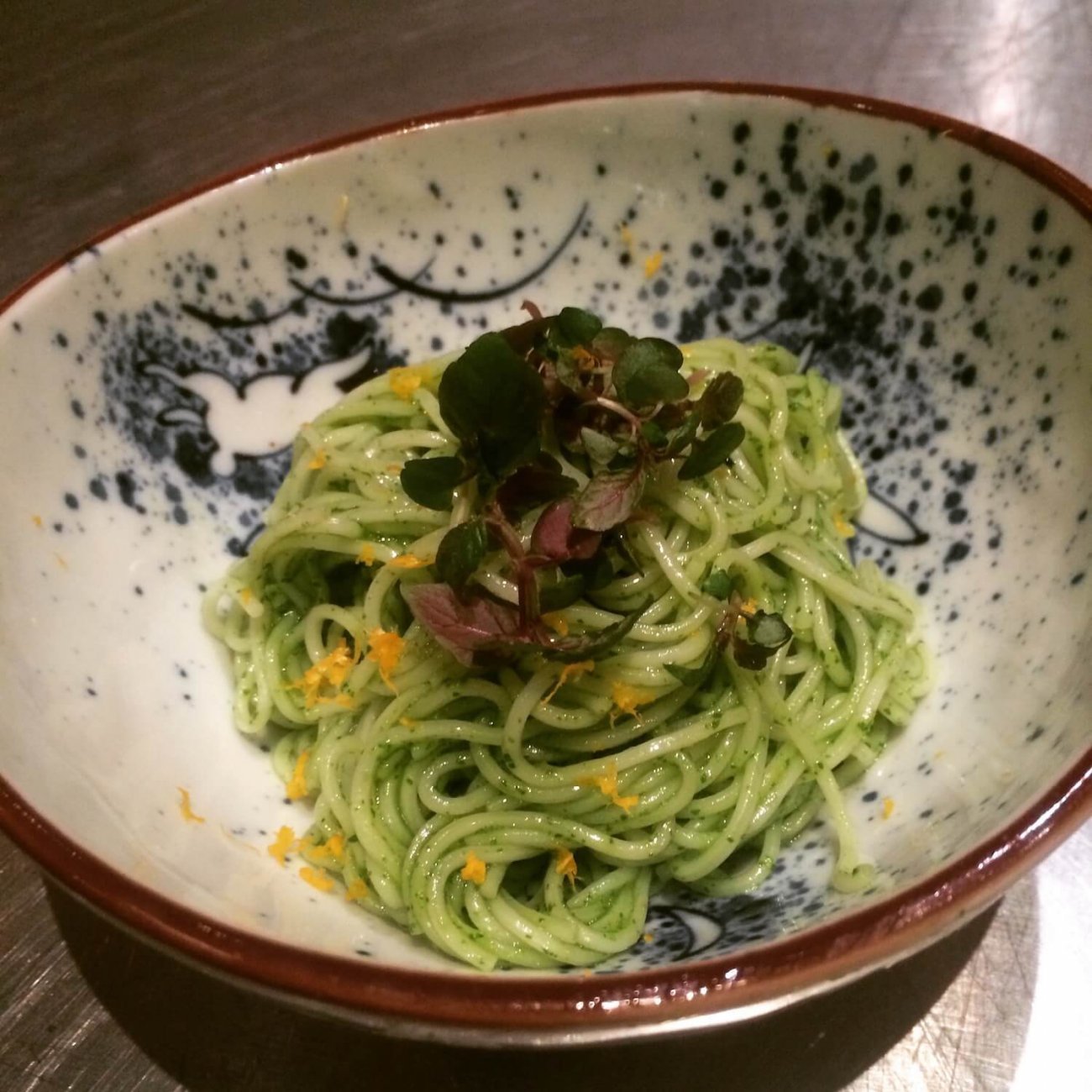 Bring 2 quarts heavily salted water to a boil.
Add noodles and stir once, then leave to cook until al dente.
Strain and then plunge into a bowl of ice water to cool. Strain again and set aside, refrigerating until use.
Combine shiso leaves, oil and salt in a blender. Pulse until smooth.
Dress noodles with shiso pesto, then mix in yuzu juice.
Serve either on plates or in a big bowl, family-style, garnished with lemon zest.

Tim has nineteen years of experience as a sushi chef and over ten years of experience managing restaurant kitchens. Tim is civically and culinary engaged. Tim has co-hosted a fish market tour for the International Association of Culinary Professionals annual conference, and participated in the San Francisco debut of the Asian culinary LUCKYRICE festival, featuring Chef Morimoto. Tim has participated as a Celebrity Chef offering up demonstration tips at San Francisco magazine’s FallFest and the Asian American Heritage Street Festival. Tim is a member of the Golden Gate Restaurant Association. Tim participates as a volunteer chef in The Center for Urban Education about Sustainable Agriculture (CUESA)’s Sunday Supper and Summer Celebrations which support the Ferry Building Farmers Market and education programs; a volunteer educator for the food and community nonprofit 18 Reasons; and is a supporter of local, sustainable agriculture and fisheries.

Tim is a native of Sacramento, California, and formerly apprenticed under the tutelage of Sensei Chef Kiyoshi Hayakawa at Tokyo GoGo and Ace Wasabi in San Francisco.