SALMON CONFIT WITH HERBS AND NUTS 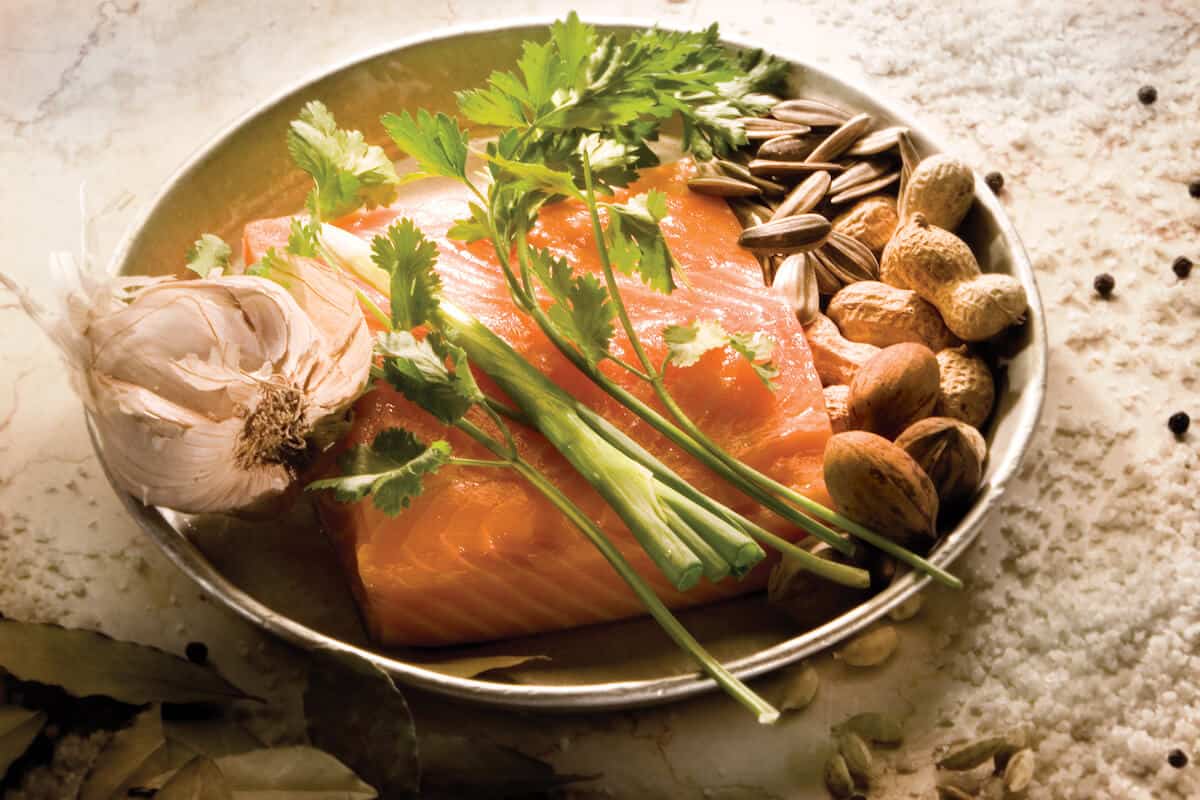 Ronen Skinezes is an Israeli born Chef with deep Mediterranean roots. Ronan’s genealogy traces back to Spain, 1492, the days When all Jews were ordered by Ferdinand and Isabella to leave the kingdom. The Skinezes family wandered through the Ottoman Empire until they finally settled in Athens Greece. Their wandering had left traces of flavors and aromas from various locations. It is these aromas that have been passed down through the generations and are well noticed and enjoyed in Ronen’s style and cooking.

Throughout his career Ronen has worked with leading chefs; he spent 10 years in Australia, in the kitchen of award winning Chef Matt Moran, owner of Aria, one of Sydney’s most well regarded restaurants. After returning to Israel, he spent a short period at Keren, a fine dining Restaurant owned by renowned Israeli Chef Haim Cohen. Ronen joined Manta Ray in 2001 as a sous chef and was quickly promoted to the position of head chef. Chef Ronen’s kitchen is influenced by Greek and Balkan cuisine, making much use of olive oil, tahini and yogurt in sauces and a wide variety of seasonings, with tomato, eggplant, pepper and zucchini starring as the essence of Manta Ray’s kitchen. Ronen is a graduate of the Tadmor Culinary Academy in Israel.

Consistently voted one of the most popular Restaurants in Tel Aviv, Manta Ray serves up creatively prepared Mediterranean fare against the beautiful backdrop of the beach and lapping waves. The space itself is bright and airy, but the tables lining the outdoor veranda and overlooking the sea are undoubtedly the best in the house. The cuisine is equally light and refreshing: with various fish, scallops, shrimp and squid accompanied by side dishes that complement, but never overpower them. The restaurant also offers meat and poultry  ptions, and it’s Mezzes— small salads and spreads featuring fresh Middle Eastern ingredients served with Balkan bread and olive oil — have developed something of a cult following among locals. For those looking for a special start to the day, Manta Ray is open daily for breakfast.