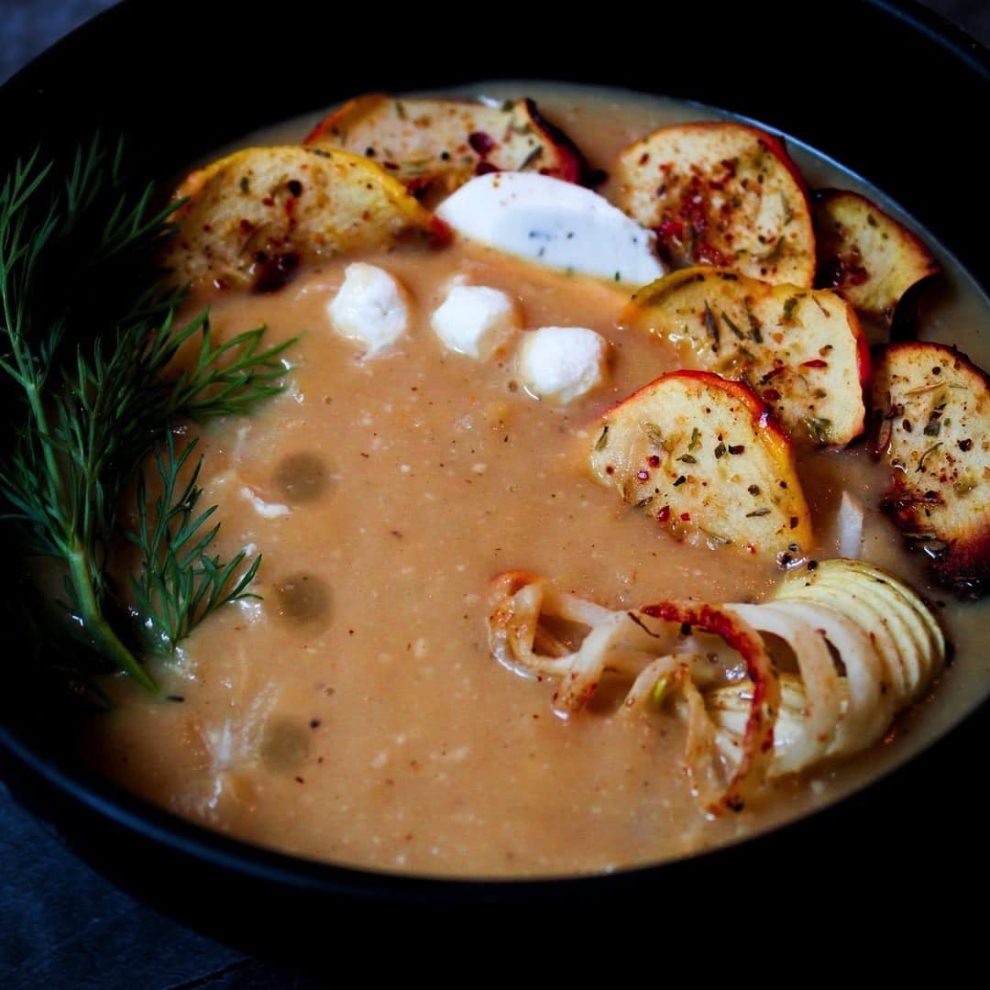 So, yeas guys, my mystery ingredient is kohlrabi, and yes, off course I made a soup. Many asked me how I would make kohlrabi tasty. And its a very good question as it really is a bit of a challenge itself.. So, what I did was first try it raw, and it’s crunchiness made me think immediately about an apple! But then it would be missing the umami…and that’s when I thought about the herbed goat cheese! What you don’t see here is the final touch to serve it: I toasted some ciabatta bread with EVO oil and spreaded a mix of Italian herbs and kosher salt on it.

Without any doubt the most tasty soup I ever made. The sweetness of the apple with the light bitter note of the kohlrabi were exalted and perfectly balanced by the herbed goat cheese.

How to Make Kohlrabi and Apple Soup with Herbed Goat Cheese:

Valentina Magri (AKA The British Bruschetta) is an exceptional recipe developer with a noticeable talent for photography. Her career in the food industry started in Italy where she produced food related TV shows. Having then moved to the UK, her deep knowledge of the italian food was enriched by working for names like Harrod's and Carluccio's, as well as the cosmopolitan variety of London's food scene. Her work was featured in many publications, and it is visible on Getty Images, where she is a regular contributor.