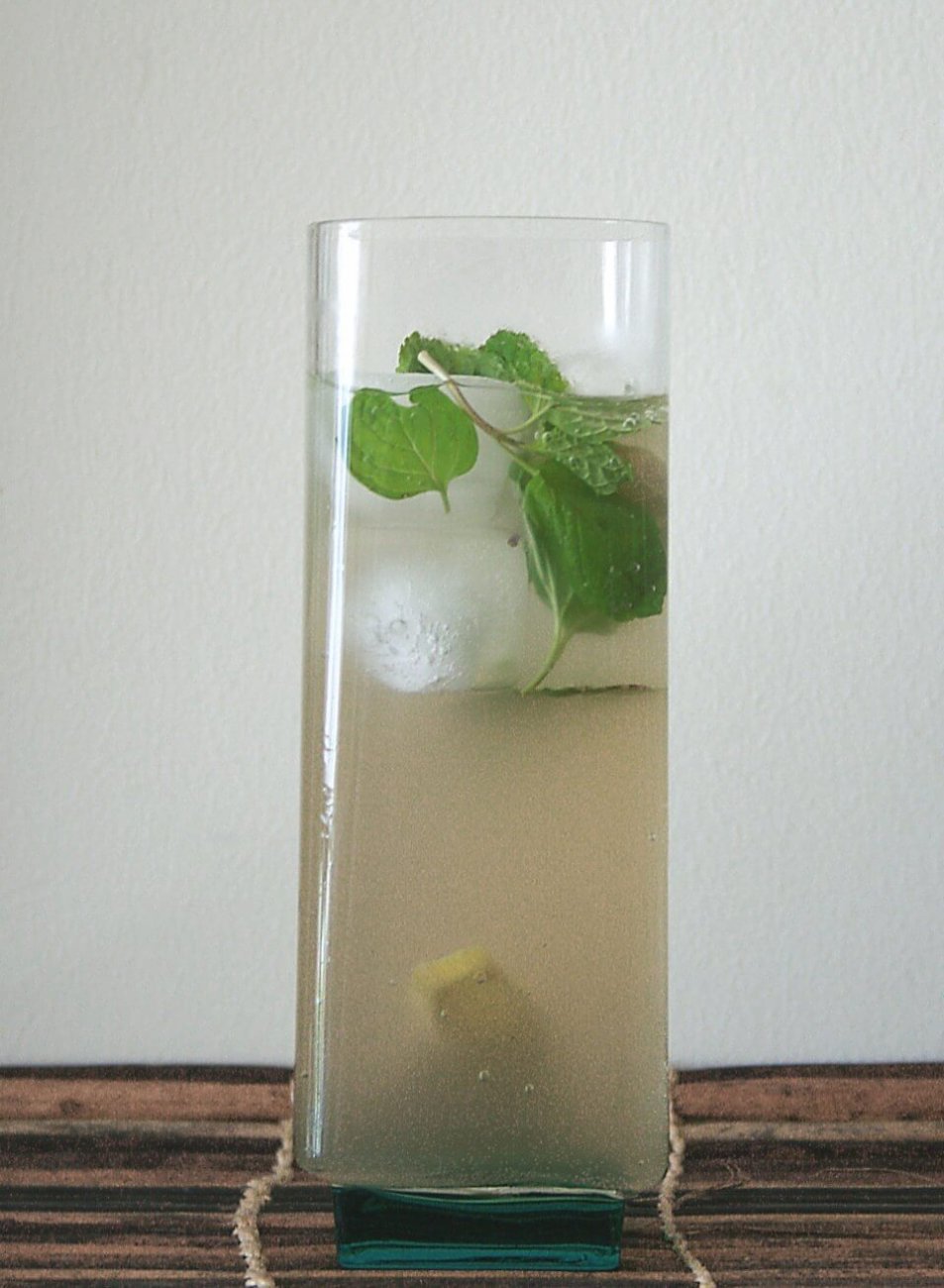 The ginger infusion gives this drink a crisp, slightly spicy note and the mint leaves make the drink refreshing.