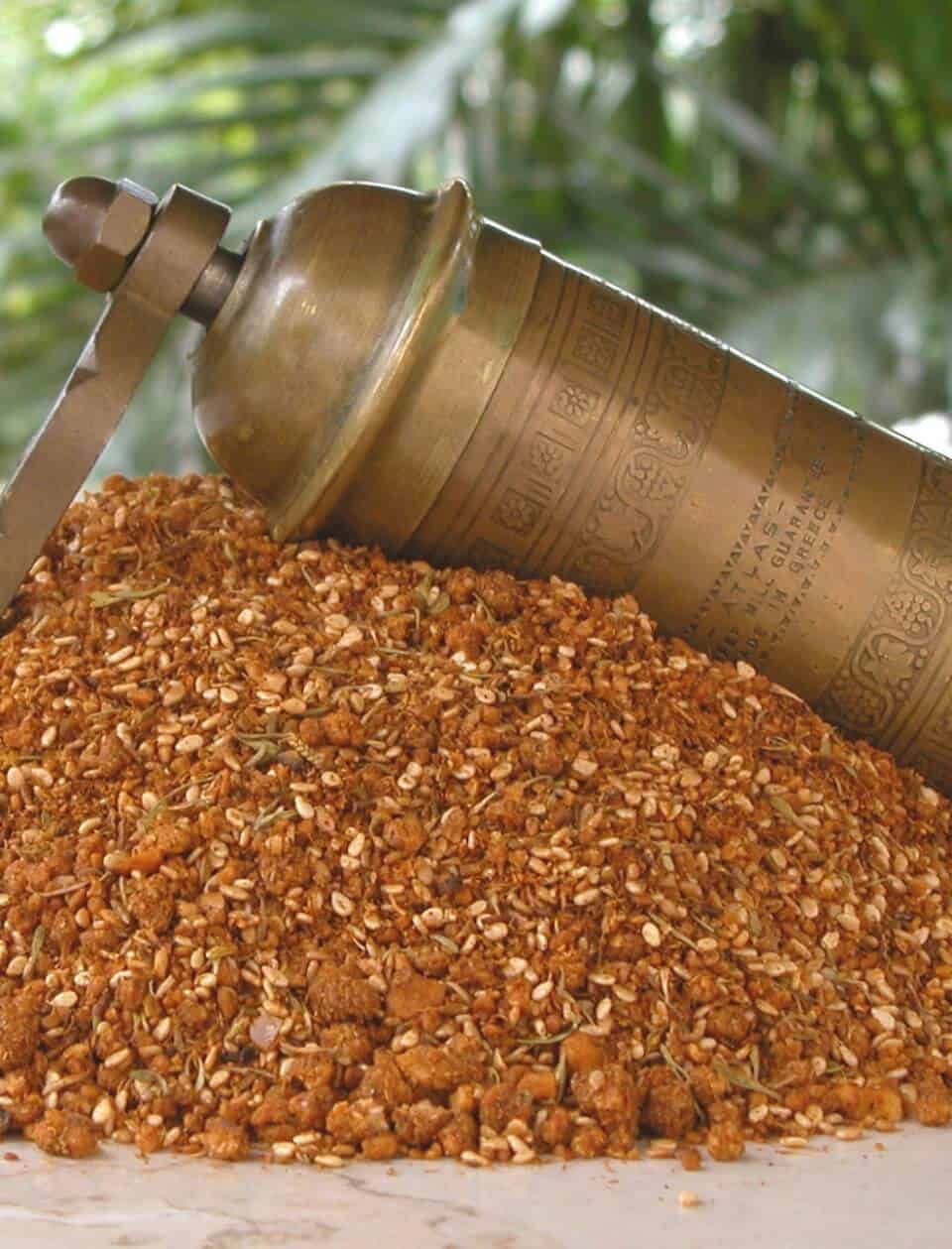 Dukka, a.k.a Dukkah, is an Egyptian spice blend comprising of toasted nuts, seeds and spices. It can be sprinkled over cooked meat, poultry or vegetables, as a seasoning mixture, but mostly is used as a dip for bread. Dukka/Dukkah seems to be one of these recipes where every chef has his own take on what is best.

There are very lightly toasted to heavily roasted varieties and there are some that include walnuts, chickpeas and even pistachios. Personally I feel that this is great, as it gives some creativity and individuality to our recipes. For best results; dip bread into a quality virgin olive oil and then into the dukka mix. Alternatively, combine the dukka into the oil and dip the bread into that.