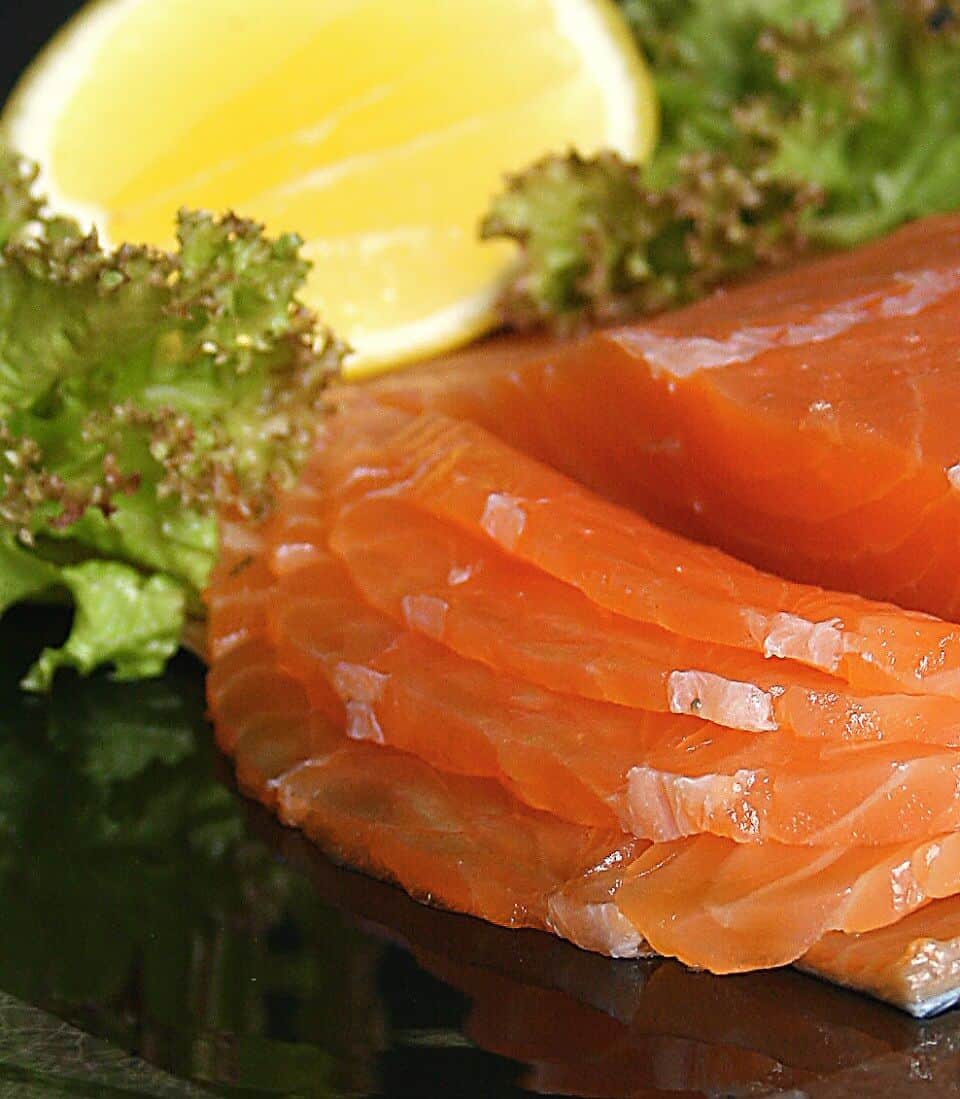 This recipe is a staple in many kitchens and really an old way of preserving the freshly caught fish. It is all based on the marriage of salt and sugar, which will cure the salmon or any other fish for that matter, and therefore preserve it. In general you can not go wrong when applying a 2:1 ratio salt over sugar when curing any fish. The time of the curing process although is quite essential and depends very much on the thickness of the fish fillet to be cured. Smoked salmon, especially from farmed salmon, is often quite fatty, but curing the salmon fillet removes a lot of the fatty structures in the meat and the resulting cured salmon is leaner, easier to cut and a delight to eat.

Note There are some interesting flavors that can be added to the curing process. You must ensure however, that the 2:1 ratio of salt and sugar will not be altered. Vodka or Aquavit can be added to the brine – very “Nordic” chic; Szechuan pepper or fresh or pickled ginger or sake for Asian taste nuances; double the amount of dill, juniper berries and allspice for Scandinavian authenticity and more.