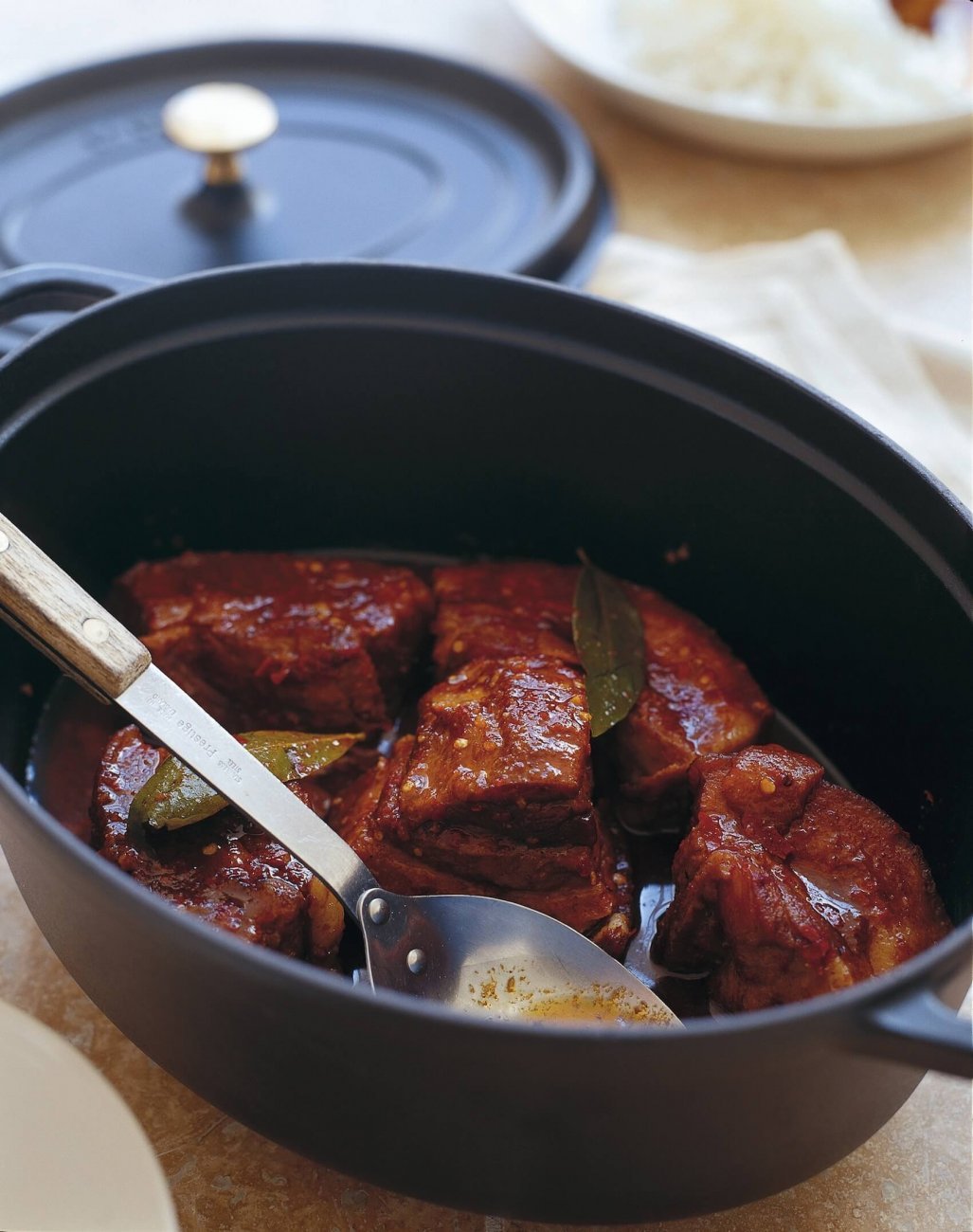 I love anything with pork belly in it. The good thing about it is if you give it a really good fry first, that will render out a lot of the fat, so I guess in a way it is a little healthy … who am I kidding? It just tastes good!         This recipe has been taken from Neil’s book “Good Food”, published by Murdoch Books.

Neil Perry is one of Australia’s leading and most influential chefs. He has owned several quality restaurants in Australia. Neil’s current restaurant portfolio includes Rockpool in Sydney; Rockpool Bar & Grill - Sydney, Melbourne and Perth; Spice Temple – Sydney and Melbourne; and The Waiting Room in Melbourne, as well as the Rockpool Consulting arm of the business. Perry heads a team of five consultants to Qantas Airways. Menus are developed quarterly for International First and Business Class travellers, with the team overseeing the implementation and introduction to catering centres at key ports. The Rockpool Consulting team are integral to the food and wine training and communication for all premium flight attendants, and in addition work with Qantas to develop service delivery to reflect a more modern in-flight dining experience. In 2010, Rockpool Consulting’s work with Qantas expanded to include the set up and implementation of Domestic Business Class menus and a stronger focus on the Qantas First Class and Chairman’s Lounges. Perry is also author of six recipe books; Rockpool, Simply Asian, The Food I Love, Good Food, Balance & Harmony, and the newly released Rockpool Bar & Grill. Neil has been a television presenter and guest on a number of Australian and international shows. Perry’s career in hospitality began at Sails restaurant at McMahons Point and in Rose Bay. Neil then became head chef at Barrenjoey Restaurant, Palm Beach and was also given creative control over Perry’s in Paddington. In October 1986, he opened the Blue Water Grill at Bondi Beach and took the site from a 20-year failure to an overnight success. He then opened Rockpool in February 1989 with his partner Trish Richards, which has developed into a world-class restaurant, winning many awards both here and overseas. Perry’s passion and the importance he places on quality produce are evident in all his dishes and the business projects he undertakes. Rockpool is a past recipient of the Sydney Morning Herald’s Good Food Guide Restaurant of the Year award, Australian Gourmet Traveller Restaurant of the Year and was voted in the top 50 restaurants in the world by ‘UK magazine ‘Restaurant’ seven years running. Additionally, Rockpool Bar & Grill Melbourne won The Age Good Food Guide’s Restaurant of the Year award in 2008 and Gourmet Traveller Wine’s 2011 Wine List of the Year. In the 2010 awards, Rockpool Bar & Grill Sydney won Sydney Morning Herald Good Food Guide’s best new restaurant award, Australian Gourmet Traveller’s best new restaurant, Maitre D of the Year (Tom Sykes) and Wine List of the Year, as well as Gourmet Traveller Wine’s Wine list of the Year. In it’s inaugural year, Rockpool Bar & Grill also took home The West Australian’s Restaurant of the Year award. Influential Wine Spectator Magazine has also acknowledged the Rockpool Group’s restaurants for their extraordinary wine programs. In 2010, Rockpool Bar & Grill Sydney received a “Grand Award”, the first ever in the Southern Hemisphere, followed up again in 2011, while Rockpool and Rockpool Bar & Grill Melbourne both received a “Best of Award of Excellence” and Spice Temple received an “Award of Excellence”.