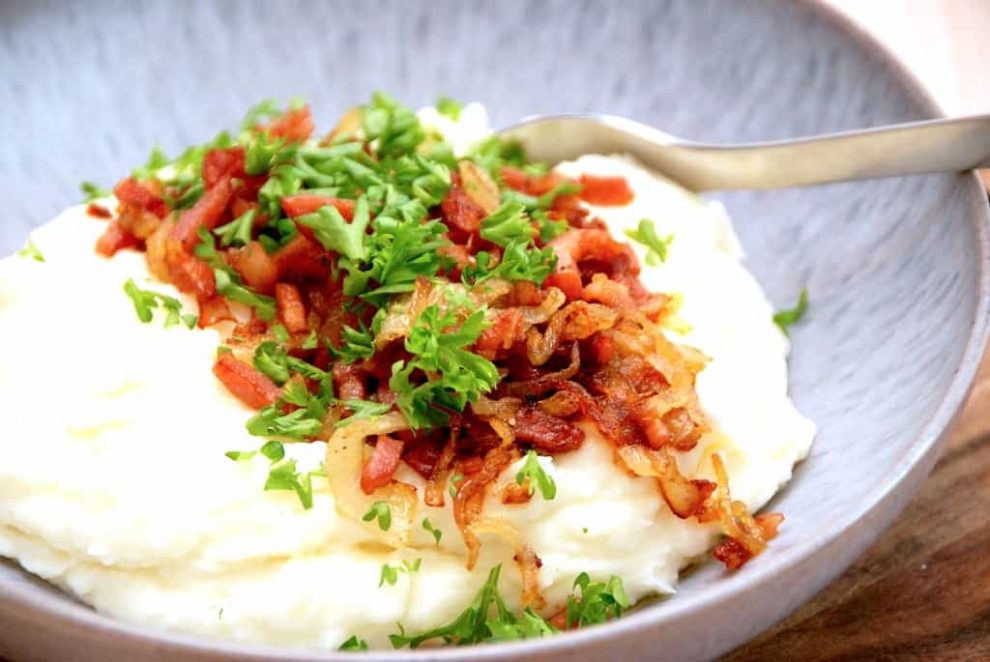 Brændende kærlighed is a traditional Danish dish consisting of creamy mashed potatoes topped with bacon and onions. The bacon and onions are typically fried together, making them crispy and salty… and the mashed potatoes are left plain to be a great contrast to the salty crunch. The whole dish might also be topped with parsley, leek, or grated nutmeg. This dish is often served as a side with fried or steamed sausages or other meats.