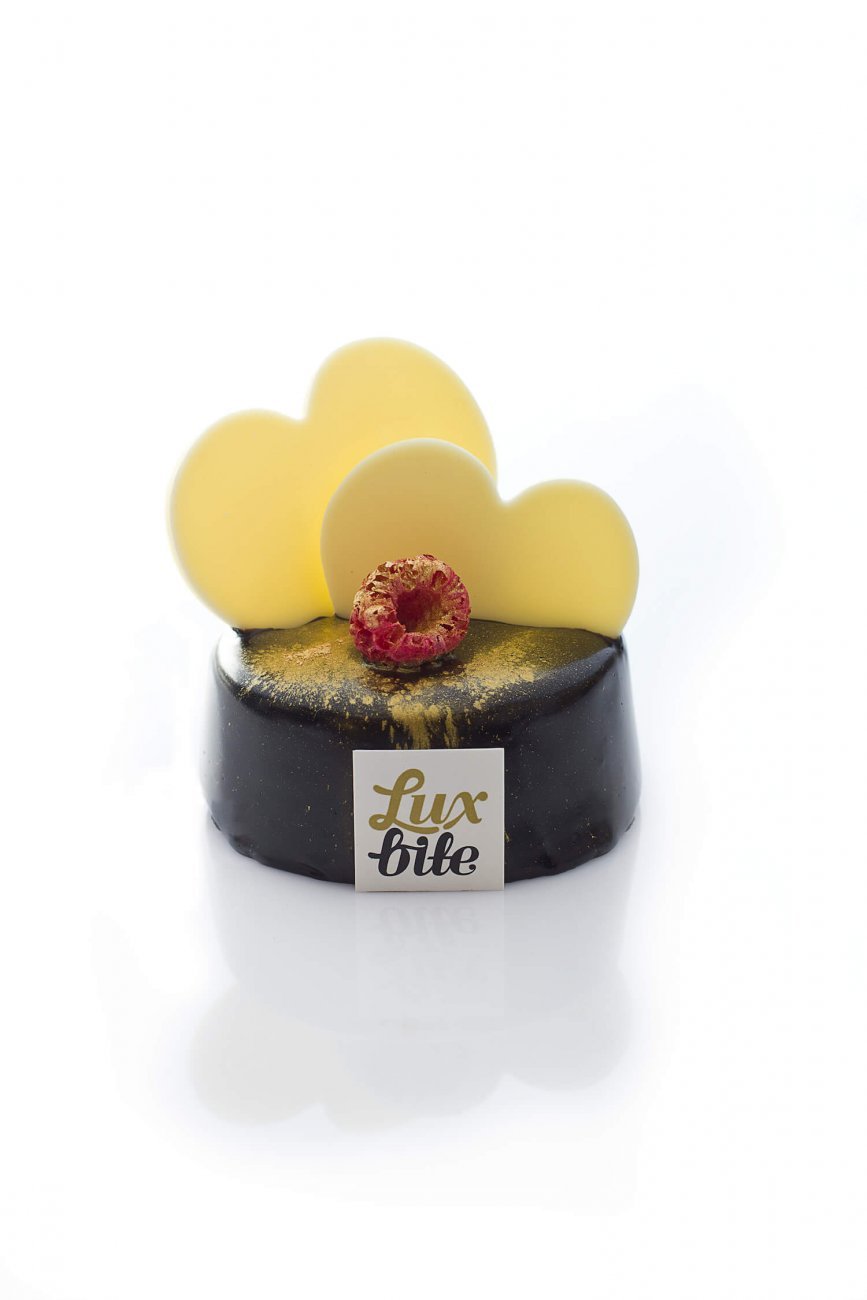 Bernard Chu has come a long way from running around his grandfather’s Malaysian bakery and café over 20 years ago. Raised in a pastry and dessert-loving environment by his grandparents until he was 5, Bernard was indoctrinated in the practice of creating sweet temptations in a traditional way.

From these humble beginning Bernard has gone on to achieve amazing things with LuxBite in collaboration with his business partner, Yen Yee.

Describing their unique approach as combining ‘French Technique’ with Malaysian Flair, LuxBite is known for their innovative and inspired flavour combinations and bringing this Malaysian style of baking to a new and appreciative audience.

Starting out as an apprentice at the opulent Shangri-La Hotel in Kuala Lumpur, Bernard then made the move with Yen to Sydney to complete a patisserie course at Le Cordon Bleu. According to Bernard, Sydney 10 years was a very different place than what it is now in terms of food presentation and sophistication.

‘Back then the Australian dessert atmosphere was a little boring. Australia was very timid with flavours and overall, dining experiences were not very adventurous,’ Bernard says.

‘In Malaysia, everything felt fresh due to the tropical flavours. Thankfully, these are now being used in Australia more and more.’

‘Working in top restaurants not only taught me how to cook, it has taught me the entire philosophy and approach of serving good food…the ability to handle and store ingredients, appreciating and applying classic culinary skills, and last but not least, always remembering to cook with love.’

These skills would become essential for Bernard later on upon opening LuxBite with Yen. As Bernard explains, all creations that emerge from the LuxBite kitchen take time, care and love to create.

‘At LuxBite we like to create a recipe with flavours from childhood memories, flavours from other countries or from home,’ Bernard says.

‘We do get quite a few customers that are not too familiar with our preferred Asian flavours, but they are very open to trying new things and experiencing new flavours.’

This process of creating is one that the team at LuxBite embark on with a winning mixture of work ethic and dedication, freedom to experiment, and fun. With their famous Lolly Bag cake and sensational macarons taking customers and reviewers by storm, LuxBite experienced a surge in notoriety on the dessert scene with their appearance on Masterchef. It took Bernard two weeks to perfect his lolly cake recipe for contestants to make, incorporating a variety of popular sweet treats including Redskins, Jaffas and Freckles.

‘The Lolly bag cake was definitely one of the biggest challenges in my career so far. Who would have thought someone that has never tried Australian lollies was able to develop a cake that stopped the nation?’ Bernard asks.

Bernard and Yen are excited about the ever-developing dessert scene in Australia, and in Melbourne in particular. Growing up with an appreciation of salty sweet taste in Malaysia, Bernard notes the trend of salted caramel around Melbourne at the moment.

‘I think Australia’s collective palate is still evolving which is pretty exciting for us at LuxBite. I think macarons are at the peak of their lifecycle. It is a very exciting time for us and we are more motivated and inspired than ever to create new flavours for all the macaron addicts out there,’ Bernard says.

For all those looking to make their own decadent wonders at home or budding pastry chefs on the rise, Bernard has some tips and tricks to pass on; leave room for yourself to learn new techniques and perfect the skills you have, don’t take shortcuts and treat each macaron with care.

Bernard and Yen are looking toward the future of LuxBite, both here and overseas.

‘We are definitely open to the idea of opening a second shop, in Asia hopefully, considering the success we have had with the first shop here in Melbourne we are excited to see where we can take LuxBite around the world.’