Christmas Cuisine in the Philippines

The Philippines, the only predominantly Catholic country in Asia, has its own, not necessarily European influenced, loved Christmas traditions.  As early as October Filipinos start to request and crave for their Christmas specialties such as Bibingka and Puto Bumbong. 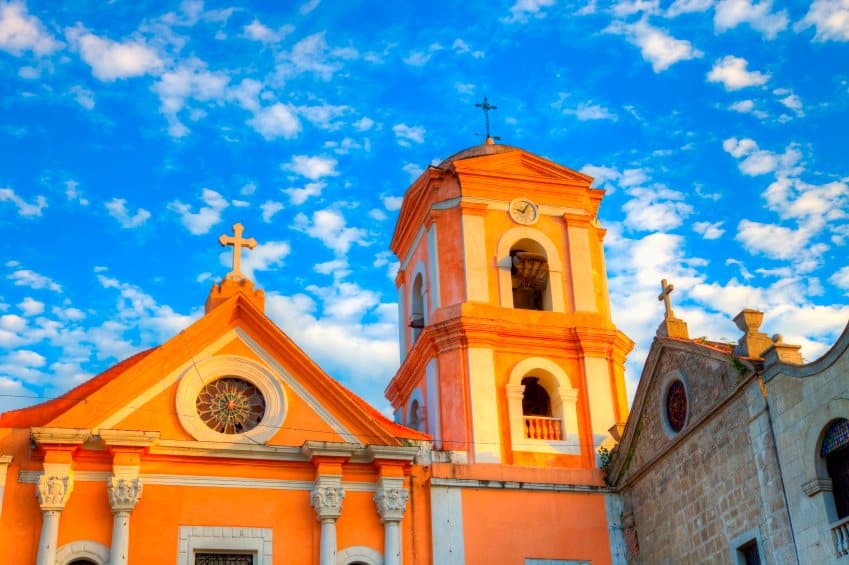 Making the violet colored Puto Bumbong requires a lot of preparation and know-how.

Starting 16 December, when the Misa da Gallo or Simbang gabi (Masses at cock’s crow) begin, the early church visitor awaits the sweet smell of freshly grated coconut flesh sprinkled over piping hot Bibingka or freshly steamed Puto Bumbong. With it, and usually free of charge, a hot cup of salabat (ginger tea) is served, to strengthen and warm the body.

Different regions or provinces of the Philippines have different food specialties at Christmas, but they all have one thing in common, they are always rice based cakes, baked or steamed, and prepared in the old traditional charcoal ovens built of clay. The rice cakes have different shapes and sizes; round or long, large or small, thick or flat, steamed or baked.

In addition to Christmas, the Filipinos also celebrate Thanksgiving and the end of the fasting time; traditions from the time before the Spanish rulers reformed the country to Catholicism.

The batter for the rice cakes or Bibingkas, is poured into a Banana leaf lined flat clay dish over charcoal, similar to an open face omelet. Just as soon the mixture begins to harden around the edges of the clay dish, half a salted duck egg is sliced into the soft middle of the Bibingka. A second clay dish of the same size, filled with charcoal, is placed on top of the one with the baking cake, to provide upper heat during the baking process. Just before the Bibingka is fully cooked, slices of Carabao – milk cheese (waterbuffalo) are placed on the cake and slowly melted over the now golden brown crust of the Bibingka, to give flavor and moisture to the finished product. The Bibingka is removed from the clay dish with a spatula and sprinkled with freshly grated coconut flesh.

Galapong is the rice flour for the production of the batter to make Kakanin (rice cakes). Galapong is made by soaking rice overnight in water, and then grinding the wet mixture to a coarse flour, before straining it through a cheesecloth.

Making the violet colored Puto Bumbong requires a lot of preparation and know-how. The ground, naturally purple glutinous rice is mixed with polished, white glutinous rice powder, brown sugar and vanilla for flavor. A bamboo stick approximately 10 cm long is wrapped with a cloth on one side, and the mixture is sprinkled into the other opening. A kettle with boiling water over charcoal is used to produce the steam. On top of the kettle are one or two round openings, where the filled bamboo stick is fitted tightly.

Timing the steaming process is very important to achieve a good result and a moist and succulent Puto Bumbong. Once cooked, the sticky rice delicacy is thumped out of the bamboo stick by beating the hands into each other so the finished rice roll glides out of the bamboo stick. Fresh margarine or butter and freshly grated coconut flesh are sprinkled over the Puto Bumbong to finish the dish.

There are no instant mixes or wheat flour substitutes and no ovens used for these rice specialties. Like in the old days, one needs to fan the charcoals and grind the rice for the Malangkit in order to appreciate a vendors work. The scent of freshly baked Bibingka or Puto Bumbong never fails to excite the early church visitor, and no Bibingka or Puto Bumbong eaten at any other time of the year tastes so festive and brings out the spirit of Christmas so well.