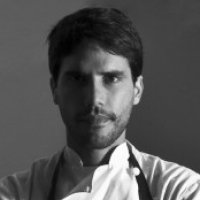 Virgilio was born in Lima, capital of Peru, thirty-five years ago.

His restless childhood and mother’s artistic influence early on directed him to a culinary career. Given that Peru at this time was not located on the world’s culinary map, and that culinary institutes didn’t exist there, Virgilio set out traveling through the Americas, Asia and Europe, honing his skills and solidifying his passion for this art, hence he learned in practice and in theory far from his homeland.

Being something of a nomad for more than ten years awoke in him an anxiety to return home and apply what he had learned. His return to his country marked a turning point in his style, a truly new beginning which inspired the creation of his own kitchen and his use of Peruvian ingredients.

Central is the first restaurant with Virgilio’s signature, and here he establishes the principles that define him: a chef who respects Peruvian ingredients and their origin, who searches the various altitudes of Peruvian geography for a variety of products that generate an even wider range of aromas and flavors, which for their inherent exoticness call for a deeper understanding.

Senzo, his project in Cusco, involves a certain closeness to the earth, which is requisite in achieving the objective of discovery. Indeed there would be no discovery without this closeness. In a sense, Cusco is a satellite of Central when it comes to wisdom. However, cuisine d’auteur implies a certain open-mindedness, and Virgilio expresses an honestly cosmopolitan facet in Lima, located in London, another opportunity to create and grow, a constant state of conscious evolution.

Share
For the Rose Petal Infusion Place the rose petals in clean glass container with a capacity of at least one liter. Cover the rose petals with the Pisco, seal and...