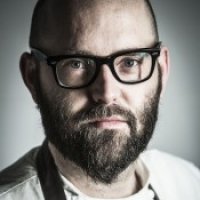 All posts by Richard Bainbridge

Richard is a Norfolk boy through and through, starting in a pub kitchen in Norwich aged 13, he travelled the world to learn all he could about the industry that has ignited so much passion in him as a young man. He has finally returned to Norwich 20 years later to set down his roots in his own Restaurant in the heart of this beautiful city with his beautiful wife Katja by his side.

Richard’s vision was to create “somewhere that we wish we could go to on our day off with only a small menu of perfectly put together dishes using the best possible seasonal produce from local suppliers. A small but perfectly formed neighbourhood restaurant”

Richard started out working in his local pub in the kitchen but his potential was soon spotted by Galton Blackiston and he started working at michelin starred Morston Hall aged 16.

From there, Richard continued learning his craft at the three Michelin starred Waterside Inn in Bray (still rated in the top 10 best restaurants in the world, even after Richard left) under the prestigious Roux brothers. He worked his way up from commis chef to junior sous chef over 3 years.

Among other influential chefs Richard has worked under Kevin Thornton in Dublin which helped develop his confidence in putting his own quirky spin on classic dishes.

His classical French training underpinning the contemporary British style of food on the menu at Benedicts.

Richard has been fortunate to be involved with BBC 2’s Great British Menu for a few years, has proudly won the competition in 2015 and served 2 Dishes at the Centenary Banquet for the Ladies of the WI at London’s Drapers Hall earlier this year.

The Norfolk boy is back, now a family man building a family business in the city he loves, with the woman he loves, cooking the food he loves to eat.

Richard & Katja Bainbridge have opened Benedicts on 9 St Benedicts Street in Norwich at the end of June 2015. For Reservations please call 01603 926080.

Share
Parsley Sponge Place all into a blender and blend until smooth, pass through a fine sieve, place into a gas gun and charge 3 time. Rest for 30mins before using...