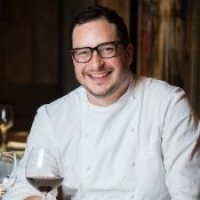 As executive chef at Grace White Barn Inn & Spa and The White Barn Restaurant, Matthew Padilla oversees all culinary operations including curating the restaurant’s weekly tasting menu. Chef Padilla brings his passion for seasonal cooking and embracing the local purveyors to the property, where he aims to create exquisite food that entices guests to return for more.

In his new role, Chef Padilla will preserve the beloved, traditional dishes The White Barn Restaurant is known for, while seamlessly weaving in new, innovative menu items. Some of his creations on the menu include; Beet agnolotti with Boucher Blue cheese, roasted beets and hazelnuts, and a whole butter-poached Kennebunkport lobster with peas, artichokes barigoule, and lobster sabayon. In addition to the regular menu, Chef Padilla will be adding an “indulgence menu” where guests can allow the team at the White Barn in to create a menu just for them utilizing the seasons’ best produce and rare ingredients from around the globe.

Chef Padilla broke into the culinary scene cooking at The Kitchen in Boulder, Colorado after graduating from Johnson & Wales Culinary School in Denver.  He then went on to become a sous chef for Kevin Fink in multiple restaurants in Tucson, Arizona, followed by a two-month stage at Noma in Copenhagen, Denmark. Upon returning stateside, Chef Padilla worked and apprenticed at some of the country’s top restaurants in San Francisco, California including Masa’s Wine Bar & Kitchen, Benu, Quince, and eventually became a sous chef at Michael Mina’s flagship Michelin-starred restaurant, also in San Francisco. Working alongside Chef Ron Siegel, to whom he accredits his style of simplicity and showcasing ingredients, was when he learned to truly embrace the chef and farmer relationship.

Following his venture in California, Chef Padilla joined the Relais & Châteaux family at The Little Nell in Aspen, Colorado, overseeing the hotel’s fine dining restaurant Element 47, and most recently was the executive chef at The Inn at Dos Brisas in Washington, Texas.

After several years of working inland, Chef Padilla is thrilled to have the chance to enjoy the coast and the abundance of fresh seafood surrounding him in Kennebunk.

Share
Preheat the oven to 325° F. In a large sauté pan, heat some grapeseed oil. Season the lamb shanks with salt and pepper and brown them on 3 sides over...