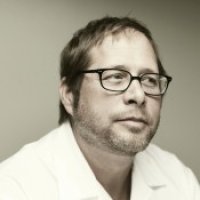 David Kinch has forged a distinctive culinary path putting him at the forefront of new contemporary California cuisine. His philosophy is fostered by the terroir, or “sense of place” of the California Coast, and the kind of ingredient-driven cooking and modern technique he studied around the world. Influenced by French and modern Catalan cooking, Kinch finds inspiration from European traditions and refinement, American ingenuity, and the vast bounty California offers. His pursuit for exceptional products inspired an exclusive partnership with Love Apple Farms, where most ingredients for Manresa are grown. This relationship creates a closed loop between the farm and kitchen assuring the dining experience imparts to guests a distinct sense of place and time.

Manresa has held two Michelin stars for six consecutive years and is one of Restaurant Magazine and San Pellegrino’s “Top 50 Best Restaurants in the World.” In 2011, Kinch was named “Chef of the Year” by GQ magazine and in 2010, he received the “Best Chef: Pacific” award from the James Beard Foundation. In the 2016 Michelin Guide Manresa was elevated to 3 stars.

1981 Graduated with honors from Johnson and Wales Culinary Academy in

1989 Consultant chef to Hotel Clio Court in Fukuoka, Japan, where he played an integral part in the creation of a contemporary American restaurant

For more information, or to schedule an interview, please contact:

Share
Strawberry Consomme: Hull 2 additional pounds of ripe strawberries and place in a bowl. Wrap the bowl tightly in plastic wrap and place the bowl over a double boiler. Simmer...